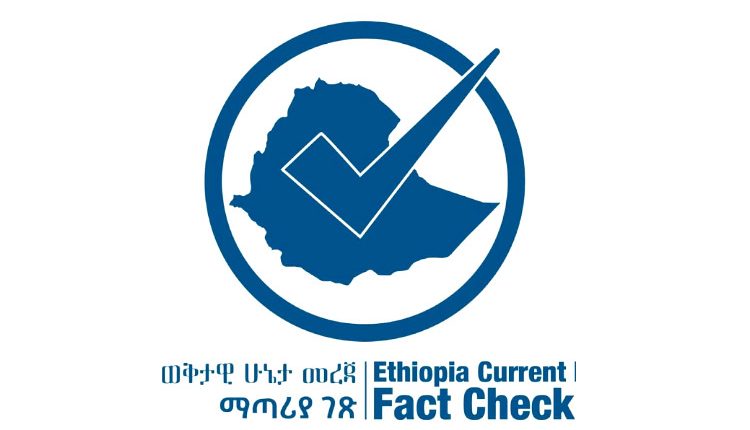 Addis Ababa, July 9, 2021 (FBC) – The Government of Ethiopia has requested the UN Office of Coordination of Humanitarian Affairs (OCHA) to refrain from issuing biased and misleading statements and take corrective action soon to avoid detrimental effects on the longstanding cooperation between the Ethiopian Government and the organization.

Ethiopia State of Emergency Fact Check issued a statement on the declaration of the Unilateral Humanitarian Ceasefire in Tigray and the permission to fly for all interested parties to provide humanitarian services in Tigray region. The full statement reads as follows:

The Government of Ethiopia repeatedly affirmed that it would closely work with Humanitarian operators following its bold and magnanimous declaration of the Unilateral Humanitarian Ceasefire in Tigray. Although the Ethiopian Civil Aviation Authority has closed the northern part of airspace for all kinds of flights below flight level 290 since 30/05/21, the Ethiopian Government has announced on Monday, July 5, 2021, that it gave special permission to fly for all interested parties to provide humanitarian services in the Tigray region while the airspace closure is going on.

To better facilitate such requests, the Federal Government issued guidelines containing instructions and information that humanitarian operators should strictly adhere to to get permission from the Ministry of Foreign Affairs of Ethiopia and other pertinent bodies.

As detailed in the guidelines, all operators must submit and get approval for flight details, such as flight number, type of aircraft, the purpose of the flight, details of passenger, and type of cargo before conducting flight operations.

It is also stated that standard search shall be conducted at Addis Ababa Bole international airport on all departing and arriving aircraft, cargos, passengers, crews, and including bulky cargos which might need dismantling for search and screening. The federal Government also requires all passenger and cargo airplane flights to carry people or equipment related to only humanitarian aid missions.

Despite the above-stated arrangements and the Federal Government’s willingness to work closely with humanitarian operators, some reports, mistakenly or otherwise, have continued to misinform the international community as if the Government of Ethiopia has been obstructing flights into the Tigray region.

The federal Government believes that the engagement of the UNOCHA, through its inaccurate reports and statements in depicting the situation in Tigray, has not been helpful and constructive since the beginning of the law enforcement operation in the Tigray Regional State.

The Federal Government also is under the impression that OCHA’s statements and reports seem to be framed to encourage and compliment the TPLF that have continued to fuel misperception and led the international community to misconstrue the situation in the region.

It is also revealing that the Office continues to refer to the outlawed group, which the Ethiopian parliament categorized as a terrorist organization, as the Tigrayan Defense Force (TDF).

The Government of Ethiopia would like to request the Office to refrain from issuing biased and misleading statements and take corrective action soon to avoid detrimental effects on the longstanding cooperation between the Ethiopian Government and the organization.

The Federal Government of Ethiopia would like to announce that details of the guidelines on the flight arrangements to the Tigray Region will soon be communicated to all stakeholders and interested parties, and the public via appropriate channels.