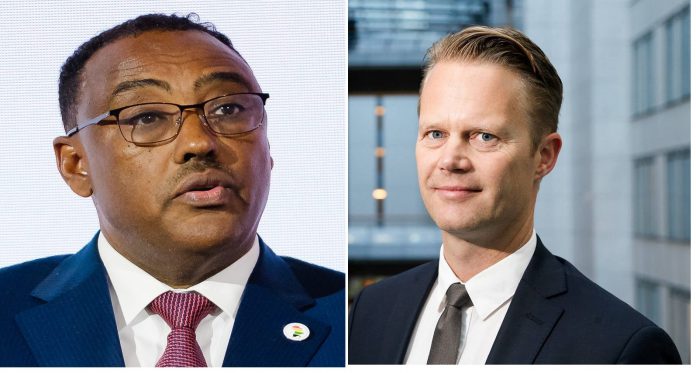 In their conversation, Demeke addressed the Danish Foreign Minister’s concerns over the situation in Tigray and the humanitarian activities there.

Demeke told him that the operation in Tigray is over by now and the government is engaging in reconstruction and rehabilitation activities in the region.

The federal government has continued to work with the interim government of Tigray and manhunt the TPLF criminals to bring them to justice, he added.

He also thanked the international humanitarian agencies for closely working with the government and other relevant bodies in the country in delivering assistance to affected people.

Jeppe Kofod, on his part, expressed his country’s commitment to support the Ethiopian government in every way possible in providing humanitarian assistance and protecting the rights of civilians.

The ministers also talked about the upcoming Ethiopian general elections where the Danish government has shown willingness to support.

Similarly, Ambassador Extraordinary and Plenipotentiary of Ethiopia to Sweden and other Nordic countries Deriba Kuma conferred with officials of Sweden, Norway, and Denmark foreign ministries.

He briefed them about the operations underway in Tigray regional state to hunt down criminals as well as to reconstruct the regional state.

Ambassador Deriba finally called upon the officials to join hands with the Ethiopian government in rebuilding the Tigray region.