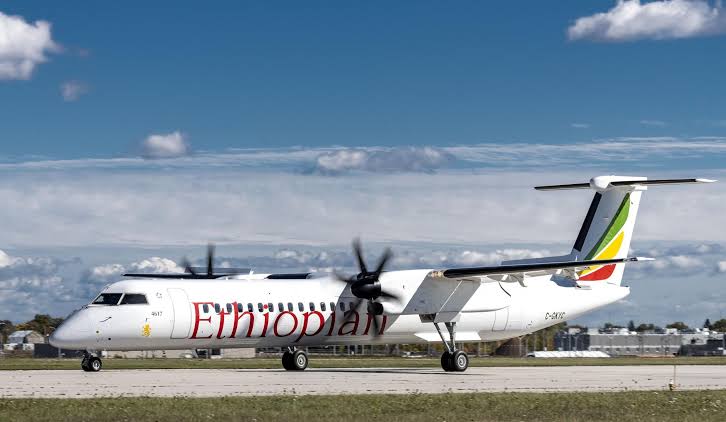 Ethiopian added its first Dash 8-400 aircraft into its fleet in March 2010. The recent delivery highlights the carrier’s confidence in the aircraft in supporting its growing network across Africa.

Ethiopian is a recognized Authorized Service Facility having acquired the first Dash 8-400 simulator in Africa and just recently added a second simulator with the goal of bringing as much of its training in-house as possible, as well as being a hub for other airlines across the continent operating the Dash 8-400.