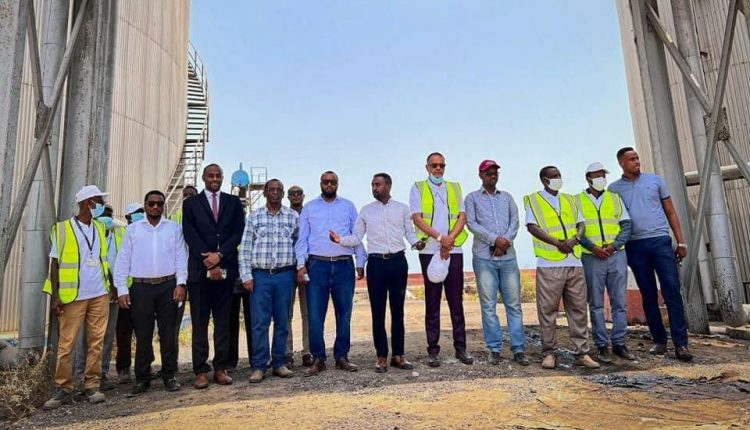 Addis Ababa, May 23, 2022 (FBC) – During the visit to the newly opened Cutback Bitumen Storage and Processing plant in Djibouti, CEO of Kalub General Trading, Seid Daud, disclosed to the team led by Ambassador Mohamed Hassen about the company’s aspirations to be the number one supplier of all type of cutback bitumen grades in East Africa.

The material will be transported via pipe lines directly from the vessel to the plant for storage and processing using state of the art digitally automated machines, according to Enginneer Mudhir Khalif, General Manager of the company. This would massively reduce unwanated quality compromises and decrease the cost thereby making it affordable for buyers.

Aimed at reducing the cost of importing barrels from abroad, the company will also open a plant in Dire Dawa soon, noted Seid Daud.

Deputy Head of Mission of Ethiopian Embassy in Djibouti, Ambassador Mohamed Hassen, on his part, commending the owners of the company in their efforts to address bitumen supply shortages while boosting quality and reducing cost as well as creating employment opportunity in Djibouti, reiterated the Embassy’s continued commitment to support the company in its existing and future business as well as investment endeavours.

Member of Parliament and a media personality Mohamed bin Mohamed Al Arossi and scores of highe level officials were in attendance.