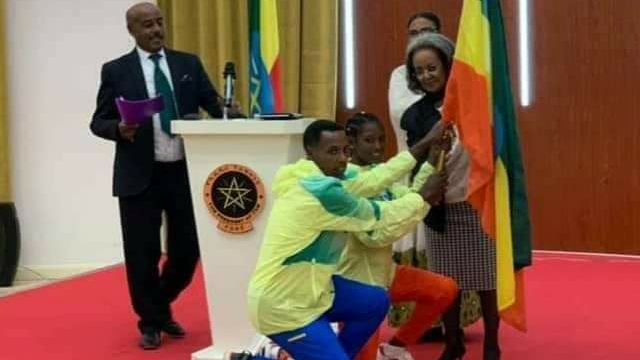 The President handed over the Ethiopian flag to representatives of the athletic delegation.

President Sahle-Work called on the athletes to draw inspiration from Ethiopia’s legendary athletes who made unforgettable history in the olympic game such as Abebe Bikila, among others.