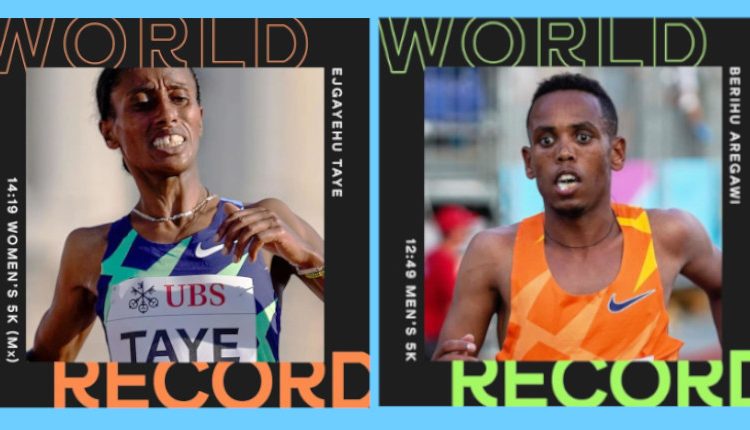 Addis Ababa, January 1, 2022 (FBC) – Ethiopia’s Berihu Aregawi and Ejegayehu Taye ended 2021 on a high when they broke the men’s and women’s 5km world records at the Cursa dels Nassos in Barcelona on Friday.

Berihu broke Joshua Cheptegei’s world record in Lille last month and has been successful this time with a time of 12 minutes and 49 seconds, shaving two seconds off the Ugandan’s mark.

Both the men and women started at the same time and it allowed Egigayehu to use the men in the field as pacemakers.

Ejigayehu crossed the line with a time of 14 minutes and 19 seconds, taking nearly half a minute off the mixed race record, and beating Sweden’s Meraf Bahta, who came in second with a time of 15:04.