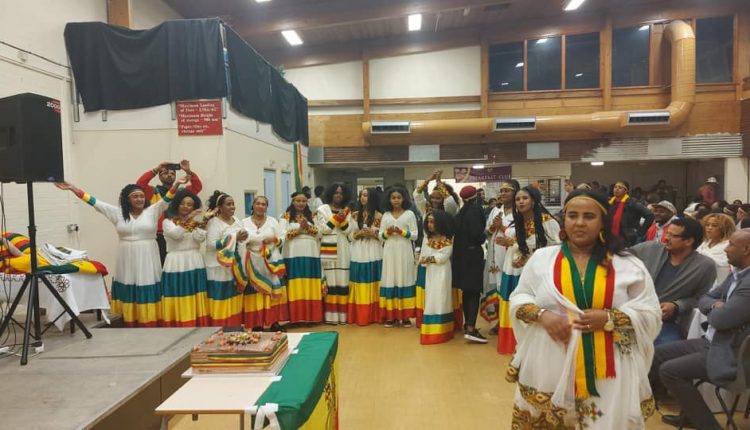 Addis Ababa, October 24, 2021 (FBC) – Ethiopians and people of Ethiopian origins living in Birmingham, Coventry, Stoke- on-Trent and Manchester in the United Kingdom have raised funds to help displaced people by condemning the terrorist attack on innocent people in the Amhara region.

Ambassador of Ethiopia to the United Kingdom H.E. Teferi Melese described the current situation in Ethiopia to the community in detail and underscored the need to stand together to avert the evils of the TPLF.

He noted that the country’s journey to prosperity has been successful over the past three years, further calling on the Ethiopian community to contribute whatever is possible to support it.

He said the TPLF’s attack on innocent civilians, which has taken roots in a 27-year-old divisive policy in Ethiopia, is continuing, claiming lives and displacing civilians.

He appreciated the financial support extended to affected people and highlighted the need to strengthen such initiatives.

The chairpersons of the communities in each city, for their part, underscored that Ethiopians should be ready to share responsibilities with the government to face challenges and solve them.

They pledged to continue their support and strengthen their respective associations. The embassy disclosed that Ethiopians and people of Ethiopian origin living in various cities in the UK would replicate such encouraging initiatives observed in Birmingham, Manchester, Coventry, and Stoke-on-Trent.