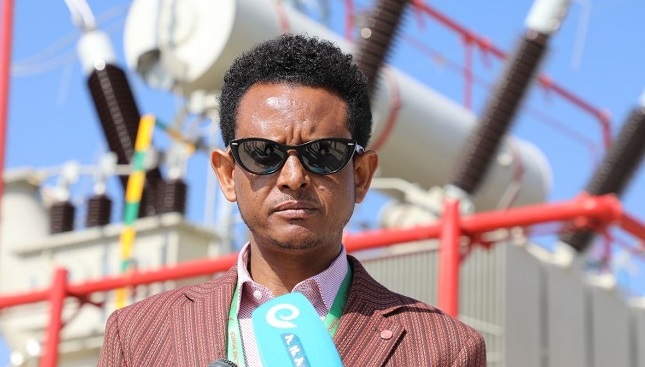 The countries agreed for Ethiopia to supply 200 MW of electric power for the next three years and that amount will double to 400 MW after three years. Kibrom mentioned that it is currently being done on a trial basis and after a month normal power transmission will commence.

The line has the capacity to transmit 2,000 MW of electricity with capability to generate over 1 billion USD per annum, he stated.

The project, possibly the first in East Africa, will be a significant foundation to facilitate economic ties with other African countries, including South Africa, Tanzania beyond Kenya, the Executive Officer noted.

Ethio-Kenya Project Site Manager, Tedros Ayalew on his part said the project is the first of its kind and a mega project where modern technology is used.  Tedros also stated that the project is a great lesson for future development projects. The Ethio-Kenya power transmission line has a total length of 1, 046 KM and has 994 high power bearing poles.

Ethiopia has planned to Export 100 MW Electric Power to south sudan with in the first phase and to increase to 400 MW gradually.

Ethiopia’s electric export trade has been contributing to enhance the nation’s economic relations with neighboring countries in addition to the foreign currency earnings.