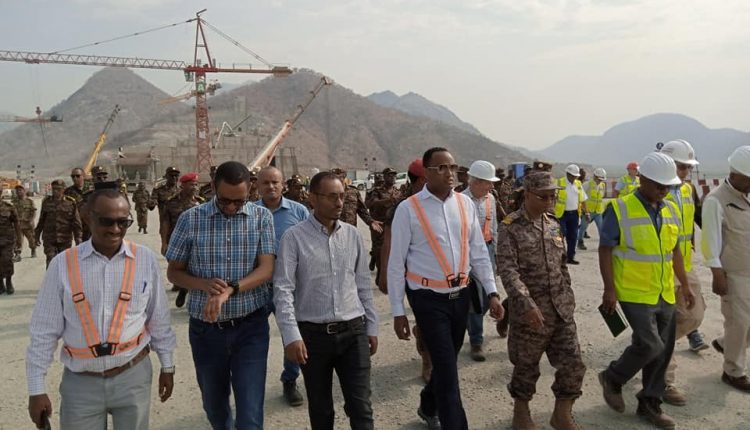 Among the officers include Gen. Adem Mohammed, Chief of Staff of the National Defence Forces, Maj. Gen Yilma Merdassa, Chief Commander of the Ethiopian Air Force and other military leadership.

After visiting the progress of the project, Gen. Adem said the Defense Force is ready to fulfil its responsibility of maintaining peace and defending the sovereignty of the country.

He further said the army is ready to counter attack and retaliate for any attacks on the dam.

Members of the army have been discharging their responsibilities by contributing from their monthly salary for the construction of the dam right after the launch of the project, Gen. Adem stated.

He further said the army will continue to fulfil its constitutional responsibility.

Chief Commander of the Ethiopian Air Force, Brig. Gen Yilma said the air arm of the National Defense Force is also ready to thwart any air attacks in the region.