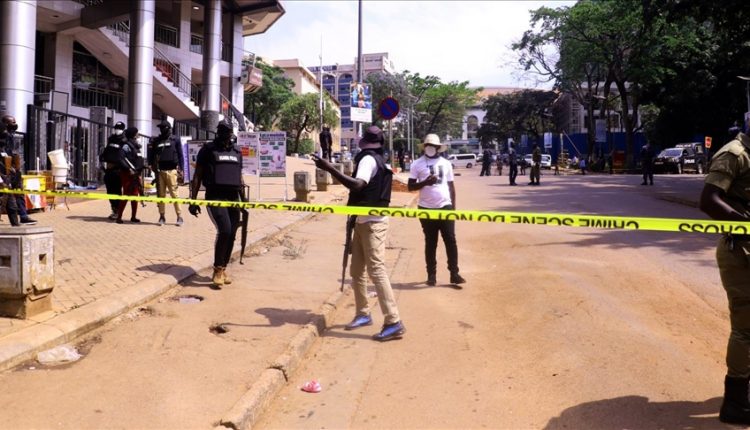 Six people died in twin explosions that rocked Uganda’s capital Kampala Tuesday morning, including three of the presumed suicide bombers, police officials said. Dozens were also injured in the blasts, according to police and a local hospital.

As efforts to find more explosives in the city continue, two more bombs have been recovered by the bomb squad, in Nansana-Katooke, a Kampala suburb, he added. “We are now pursuing other members of the terror group,” he told journalists.

Police said terrorists of the Allied Democratic Forces (ADF) – a group active in both Uganda and neighboring Democratic Republic of Congo – are responsible for the attack. The US has linked the ADF with terrorist group Daesh/ISIS.

“The bomb threats are still active, ADF-linked radicalized groups still have a desire to carry out lethal attacks on soft targets, with suicide attackers and improvised explosive devices,” said a police spokesperson.

The explosion near the police station shattered windows, while the one near the entrance to parliament saw cars parked nearby burst into flames, said Police Assistant Inspector General Edward Ochom.

Some 27 people – all but seven of them men – went to Mulago National Referral Hospital with injuries, said its Deputy Executive Director Rosemary Byanyima. Most are police officers. Police put the provisional number of injuries at 33.

Anita Among, the parliament deputy speaker, suspended the body and asked lawmakers to remain at home. The attacks come follow a suicide bomb attack last month on a bus that killed one person.