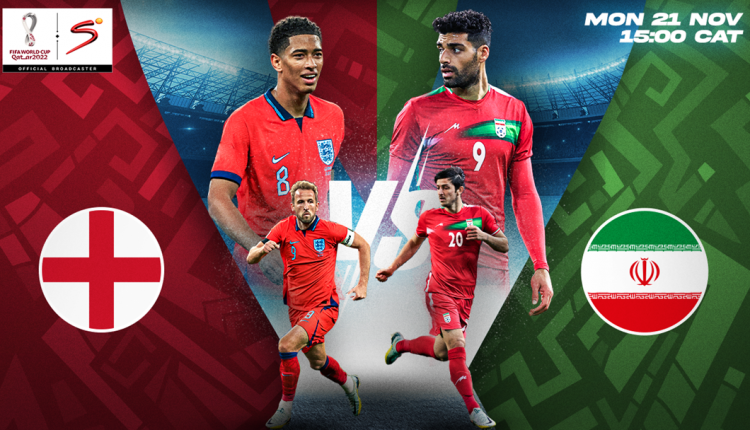 FIFA World Cup 2022: Can Iran have a last laugh against its geopolitical foes?

The world’s most anticipated football event continues on its second day in Qatar, as England take on against Iran in group B.

Iran has been sandwiched between its long-time geopolitics foes England, USA, and Wales in group B of the FIFA World Cup Qatar 2022.

Amid internal turbulences in the country, there were several calls for FIFA from the West to expel Iran from the current world cup competition.

Hence, Iran could be itching to beat opponents later today as they face England on their first game of the tournament at the Khalifa International Stadium, in Doha.

Meanwhile, other contenders of group B, Wales and USA also face each other 6 hours later.

Iran have never progressed past the first round of the FIFA World Cup in its history, winning only two of their 15 matches (v USA in 1998 and Morocco in 2018), according to SuperSport.

Iran’s most capped player is Javad Nekounam with 151 appearances, followed by Ali Dae with 149 official appearances.

On the other hand, the 1966 champions England are looking to make a winning start to their FIFA World Cup 2022 adventure. However, they will have to do it the hard way against, as they call them, the dark horses of their group, Iran.

USA’s match against Iran next week will be interesting to watch. After more than 40 years of sour relations and months of struggle to restore a nuclear deal, the United States and Iran are now set to meet on the soccer field at this year’s World Cup, having landed together in Group B in Friday’s draw.

The Iran and U.S. coaches sidestepped the political fracas, saying they were focused on the tournament and its ability to bring people together. England and the winners of a European playoff – Ukraine, Scotland or Wales – complete the group.

Following England’s match against Iran, on Monday afternoon, African outfits Senegal are also scheduled to play against the Netherlands at the Al Thumama Stadium.