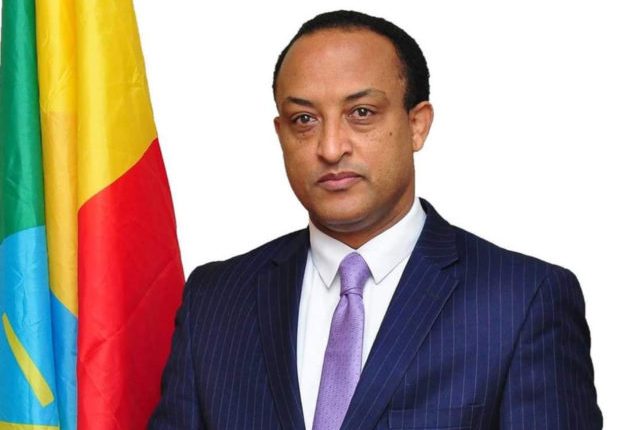 By: Meles Alem Tekea Ambassador Extraordinary & Plenipotentiary of the F.D.R.E To the Republic of Kenya, and Permanent Representative to UNON

Ethiopia, under the leadership of Prime Minister Abiy Ahmed, is strongly committed to ensuring that rule of law and democracy always prevails. The leadership is committed to ensuring inclusive democracy, development, and rule of law for all. The government has expanded the political and media landscape, freed unlawfully incarcerated people, facilitated the return of exiled politicians, and engaged with discussions with various political parties to make dialogue the cornerstone of Ethiopia’s political future.

However, the path to sustaining this has not been without a few challenges and setbacks, especially from segments of leaders who are yet to embrace democracy and internalize the true meaning of rule of law and constitutionalism. Some have abused their rights.

They have tried to deny the human and democratic rights of many Ethiopians while they demanded unlimited freedom of action and impunity from the Federal Government of Ethiopia. The TPLF junta, who lost power through popular protests, is one of the groups that tried to back-pedal the hard-won gains of the new political dispensation in Ethiopia.

For over two years, a clique of leaders in the Tigray People’s Liberation Front (TPLF) has been destabilizing Ethiopia, pulling constitutional gymnastics to the detriment of the security and peace of the country. A careful follow-up of the trails of atrocities committed in every corner of the country for the last couple of years will reveal that the TPLF junta has been pulling the strings behind the curtains.

So bad so that, even at the height of the Coronavirus pandemic, the TPLF clique defied national and international restrictions; then arranged for and conducted an “election” to put themselves to positions of leadership in their party.

The House of Federation and The House of Peoples’ Representatives declared the election unconstitutional, null and void. At the height of it, the clique of TPLF leadership even ‘declared’ the Federal Government illegitimate and purported to withdraw recognition from it!

In a build up of these and other illegal provocative events, actions by these leaders noticeably enhanced and fueled defiance, leading to political and military escalation against the Federal government.

Ultimately, sustained episodes of such provocations culminated in the premeditated attack and looting of the Ethiopian Defence Force Northern Command in the early hours of November 4, 2020.

This prompted Prime Minister Abiy to order the security apparatus launch Law enforcement operation to restore the rule of the law and the constitutional order and bring perpetrators to justice.

The action was not a declaration of war by the Federal Government of Ethiopia on the people of Tigray Region as reported in some media outlets. It is a law enforcement mission pursued by the Government within the framework of a State of Emergency as detailed in the constitution of the Federal  Democratic Republic of Ethiopia. Contrary to what some people claim, the operation will set the people in Tigray free from the grips of the TPLF junta that does not hesitate to take people as hostages and use many as human shields in its resolve to stay in power at any cost.

In the build-up to this, the Federal Government had adopted an attitude of sheer patience towards the clique of leadership in TPLF, believing that diplomacy could perhaps contain transgressions by the TPLF clique and all other illegitimate elements seeking to destabilize the nation. However, all efforts by the Federal Government, including through the engagement of elders, religious leaders, among others, yielded no solutions.

The TPLF clique of leaders has continuously rejected the call for dialogue; instead, they resort to arms-parading, stockpiling artillery, unceasingly discrediting the federal government in the media that they control, and violating the Constitution in every way possible.  Actions by the TPLF clique and intransigent group not only compromised the sovereignty of Ethiopia but have also negatively impacted the peace of the region.

The government operation in Tigray would end soon neutralizing the destructive force of the TPLF junta and the culture of impunity in the region. It should be underlined that the government is committed to ensuring the safety and security of all people while ensuring that the rule of law is sustained, which is of paramount importance for peace in Ethiopia and the Horn of Africa.

Liberalization of telecoms in Ethiopia: The dawn of a new era

TPLF loyalists should understand that selective justice is…