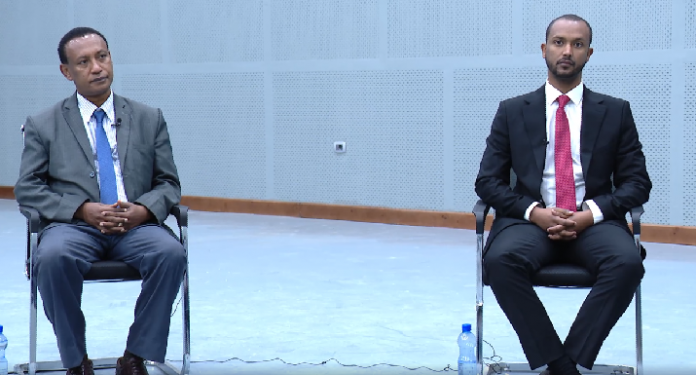 Addis Ababa, July 30, 2021 (FBC) -The foreign media have prevented the international community from knowing the realty on the ground by distorting information about Ethiopia and hiding the blatantly evil deeds of the terrorist TPLF.

The international media, which have been spreading distorted and unfounded information about Ethiopia, do not report the terrorist acts of TPLF, media experts stated.

These foreign media have been serving the junta as they have been on the pay role of TPLF that had been looting the wealth of the Ethiopian people during its 27-year rule.

According to Yonatan, the biased media coverage of the law enforcement operation in Tigray has hampered the international community from realizing the truth.

He noted that even after the declaration of the unilateral ceasefire by the government, reports by the foreign media outlets have not been reflecting the reality on the ground.

Those media have been dead silent about the belligerence of the terrorist group TPLF while the group deployed child soldiers advancing its provocative attacks on the neighboring Amhara and Afar regional states.

“When we come to the recent stand of the foreign media outlets after the unilateral ceasefire, there are no more reports of ceasefire.”

Yonatan also said these foreign media outlets have an agenda to put pressure on the Ethiopian people and government. They are obstacles to the international community that prevent them from understanding the truth.

“When TPLF was in power and committed tremendous and ruthless human right abuses in Ethiopia, these media outlets did not say anything. But now they are deliberately trying to portray the country heading toward becoming Syria, Libya and other countries because these are paid writers and there are lobbyist groups in various media outlets,” he revealed.

Those people who appear in the media as journalists and analysts clearly reflect the position of the terrorist TPLF group and they promote its stand, he added.

This misrepresenting and accusation by foreign media emanates from Ethiopia’s new cooperative approach for the real integration of the East African region, Tibebu further notes.