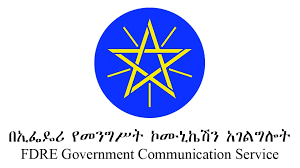 In a statement issued today, GCS said the terrorist group has obstructed the delivery of humanitarian aid to the people of Tigray.

As usual, the Ethiopian government will continue to do everything possible to guarantee that aid is delivered to those in need, it added.

The full statement issued by GCS reads as follows:

The terrorist group TPLF has obstructed the humanitarian support to the people of Tigray.

In recent memory, the FDRE government enforced a unilateral ceasefire in Tigray to deliver humanitarian relief, allow farmers in the region to take advantage of the winter rains, and speed up aid distribution. Following this, the terrorist TPLF invaded the Amhara and Afar regions, exhibiting its anti-people and anti-peace in public.

Due to the government’s unwavering support for humanitarian relief to the people of Tigray, daily aid has been sent directly to the region. Since July 12, 2021, the government and people of the Afar Region have facilitated humanitarian supplies donated by partners for the Tigray Region, which were delivered by 1010 trucks in response to a central government order and out of the Afar people’s and regional government’s fraternal love and collaboration.

The terrorist group, TPLF, on the other hand, is cruel for utilizing the people of Tigray as a political trade platform. Evidence reveals that the group is using the 1010 trucks that traveled into the region to deliver humanitarian aid as military logistics in its current attack of neighboring Amhara and Afar, rather than returning them.

Wheat and other food and non-food products were plundered from government and private warehouses in Kombolcha and other regions where the terrorist group had briefly overrun. To make matters worse, the group invaded the Abala line, which is a gateway to the Tigray area for humanitarian assistance, and began fire with heavy artillery, restricting aid shipments since December 15, 2021.

While the terrorist group TPLF invaded the Amhara and Afar districts and looted hospitals, medical centers, schools, and universities, killing and raped civilians, international institutions such as the WHO remained mute. Those international institutions maintained their one-sided, biased perspective, ignoring all of the harm that the terrorist group TPLF has inflicted upon the people of Amhara and Afar.

The Ethiopian Government is regularly discussing with stakeholders and implementing different corrective steps to guarantee that the people of Tigray get uninterrupted aid. The government is making all 118 World Food Program trucks fully operational, recognizing that there are 1,010 vehicles in the region that have yet to return. With this and more, the Ethiopian government expresses its dedication in resolving continuing issues and streamlining the delivery of aid. Furthermore, offering complete security for drivers during the procedure.

Finally, we urge the international community and allies to denounce the TPLF’s terrorist operations and announce that the Ethiopian government will continue to do everything possible to guarantee that aid is delivered to those in need.