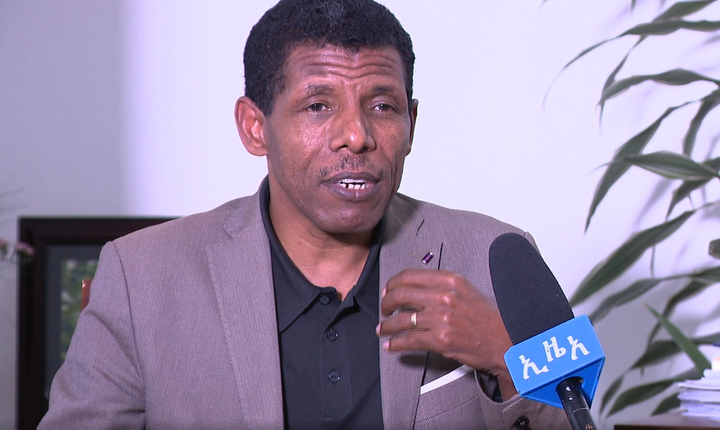 Addis Ababa, November 30, 2021 (FBC) – The legendary long-distance runner and the Olympic medalist, Athlete Haile Gebreselassie called on all Africans to stand with Ethiopia against destabilizing powers.

Haile underlined that Africans shall come together to the NoMore International Platform in order to fend off the West’s interference in internal affairs of Ethiopia and the continent at large.

Some western countries are currently pressuring Ethiopia incommensurate with the longstanding their longstanding relationships with Ethiopia, Haile indicated, adding that these forces have waged a proxy war in an intention to put its sovereignty and territorial integrity at stake.

Ethiopians are now united against the terrorist TPLF Group which is committing heinous crimes against innocent civilians and bringing heavy destructions here and there with help of its enablers who are also perpetrating the nation through various malicious ways, he explained.

“That is why We, Ethiopia have joined hands and marched on the frontline. We are joining the battle front in a big turnout to defend our country from such internal and external forces trying to dismantle our nation” Haile noted.

Many African brothers and sisters have clearly shown their solidarity with Ethiopia in rallies held in several parts of the world under the motto of “NoMore”, said Haile.

Ringleaders of the terrorist TPLF group are working around the clock to detach the people of Tigray from its Ethiopian compatriots through their fabricated narratives and orchestrated atrocities, he noted. He called on the Tigrayans to say no to the terrorist group.

Haile further urged all Africans to stand in union with Ethiopians to counter the western pressure which is aimed to impose neocolonialism on the continent.