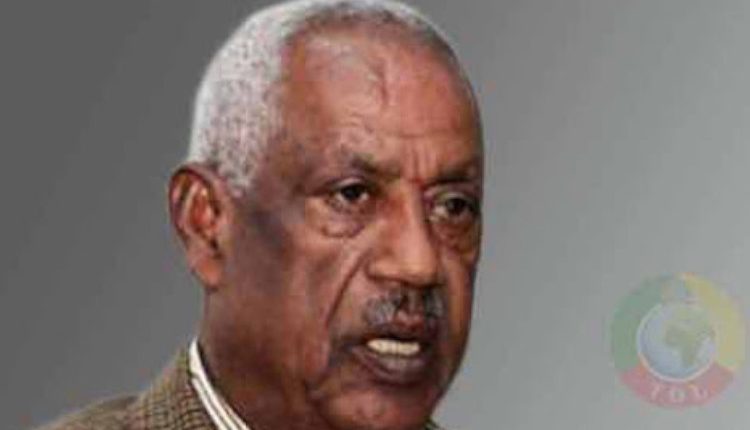 Addis Ababa, January 8, 2020 (FBC) – Perpetrators including the head of ringleaders of the TPLF Clique, Sebhat Nega have been arrested today, the National Defence Force announced.

“As we promised, the gallant and diligent National Defense Force in collaboration with other security institutions has made vast exploration of the desert, valleys and mountains of Tembein to discover the hideouts of the hiding TPLF Clique ringleaders.”, Brig.-Gen Tesfaye underscored.

The hideout of Sebhat has been discovered by a close raid undertaken jointly by the Federal Police and the National Defence Force army, Brig.-Gen Tesfaye stated.

Bodyguards who were escorting the TPLF Clique ringleaders including Sebhat Nega have been killed by the national army while defending to defend their bosses.

Totally, five culprits including the Head of the TPLF clique, Sebhat Nega has been captured.