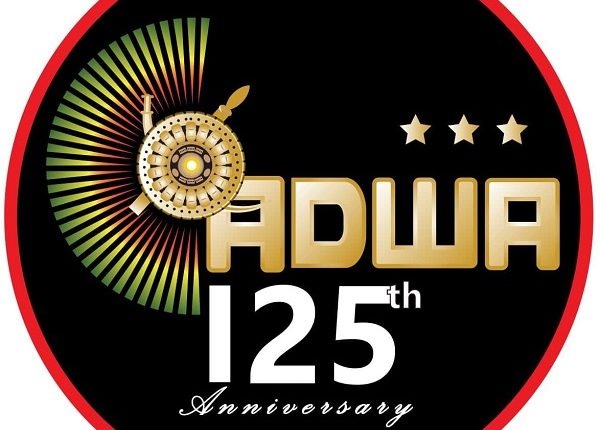 How the Battle of Adwa Energized African Liberation Movements

There are two African countries that were not colonized. These are Ethiopia and Liberia. How did one of them, Ethiopia survive colonization?

At the Berlin colonial conference of 1884-85 chaired by Chancellor Bismarck of German, 13 European countries and US sat and decided the fate of the African continent. Africa was divided and shared among the then six powerful colonizing countries of Europe that included; UK, France, German, Portugal, Spain and Italy.

The late 19 century, the period of the scramble for Africa was a momentous period for the continent and African peoples. Africa and the Africans lost their sovereignty and dignity. But was all lost! The ray of hope and freedom lay in what has come to be an iconic and dramatic event and site—the battle of Adwa in Northern Ethiopia.

The Berlin colonial conference allotted Ethiopia as its sphere of influence. Thereafter in 1896, Italy prepared and invaded the empire of Ethiopia to colonise and effectively occupy it.

However to note is that whereas other African countries and communities put up resistance against the colonizing forces from Europe, they were all defeated at the battlefield and succumbed to colonial rule and control except Ethiopia. The Shona and Ndebele of Zimbabwe fought the British and were defeated.

The Herero and Nama of Namibia put up resistance against the Germans, Tanzanians resisted in the Maji Maji rebellion against German rule but were defeated and so were the Nandi in Kenya against the British. The famous Samori Toure of Guinea put up a formidable resistance against French intrusion but was defeated by the French forces. The Europeans had superior weapons and organatisatonal capacity unmatched in Africa.

Here in Uganda, Omukama Kabalega of Bunyoro and Kabaka Mwanga fought the British colonizing forces but were finally captured hiding together in Lango being sheltered by the grandfather of Milton Obote.

They were both exiled to the Seychelles islands where Kabaka Mwanga died and Kabalega died in Busoga while returning from exile. Bunyoro and Buganda and indeed the rest of what came to be called Uganda became a British protectorate. Primary resistance against colonial occupation and control collapsed in all but Ethiopia.

Returning to Ethiopia, how then did Ethiopia survive this onslaught on the African continent where other nations and people succumbed?

On 1 march, 1896, Ethiopia under the leadership of Emperor Menelik 11 fought and defeated the Italian invading forces at the battle of Adwa sometimes written as Adowa or Adua. That is how Ethiopia escaped colonization. In that year 1896, the Italian Prime Minister Crispi sent troops to Ethiopia commanded by General Baratieri.

The Italian forces numbered about twenty thousand. These were mainly whites but with some African soldiers enlisted by Italy- the Askari’s. On the side of Ethiopia, Emperor Menelik mobilised about one hundred thousand fighters equipped with some of the modern weapons by the standards of those days on the African continent.

Menelik troops were mobilized from all ethnic groups that constituted the Empire. The decisive battle took place at Adwa in the present Tigrean Province of Ethiopia. On March 1 1896 at Adwa, that is some 125 years ago, the Italian forces were defeated by the multiethnic Ethiopian forces. About six thousand of the Italian soldiers died, many were taken captive and a few retreated and went back to Italy.

This defeat of a European colonizing power was unprecedented since the 16 century. Whether in America, Asia, Middle East, Australia and Africa, Europeans fought, defeated and colonized resisting native peoples. It was at the battle of Adwa that history was made where a European country was defeated by an African multi ethnic force. At the subsequent Addis Ababa peace Agreement between Ethiopia and Italy, the latter accepted to recognize the independence and sovereignty of Ethiopia in exchange for prisoners of war. The defeat was well publicized worldwide. Even the New York Times had a headline about the defeat of Italy by an African Kingdom.

The Italian voters back home staged demonstrations against their government for this failure in colonial policy which was humiliating and the Prime Minister was forced to resign.

The Italian General who commanded forces at Adwa was court marshaled and dismissed with disgrace from the army. This battle was a humiliating incident for Italy which it came to revenge forty years in 1935 when Italy under the fascist leadership of Dictator Mussolini invaded Ethiopia but occupied it for only five years. Emperor Haile Selassie was forced into exile.

However within five years Italy was removed by the allied powers after the Second World War and Ethiopia regained her independence.

What then was and is the legacy and significance of the battle of Adwa for the African continent and for the African peoples? The defeat of Italians by an African country at the battle of Adwa was an inspiration for African nationalism and Pan-Africanism in the whole continent of Africa. There is a sense in which the decisive event of Adwa is owned by the whole continent. It is a symbol of resistance against forces of colonialism and neocolonialism.

It was also an inspiration for the Africans in the diaspora to struggle for their freedom and dignity. Ethiopia and Adwa in particular became an icon of two forces for Africans. These are the forces of resistance and forces of unity.

The triumph of Ethiopians at Adwa heralded hope of freedom for the African peoples in Africa and beyond. It influenced and inspired Africans to embark on liberation struggles from forces of colonialism and Imperialism.

The spirit of Adwa reverberated everywhere among the Africans. That is why forces of resistance against colonialism in the 20 Century used Ethiopia as a representation of freedom. There were religious movements in Africa known as Ethiopianism.

The well-known Rastafarian movement draws its inspiration from Ethiopia. Well known Pan-Africanists from the diaspora such as Marcus Garvey and Bob Marley got their inspiration from association with Ethiopia because of this event at Adwa. At the time of forming OAU the choice of where to site the secretariat of the continental body did not preoccupy the founding fathers. Ethiopia was arrived at unanimously because of the significance of the battle of Adwa.

Adwa was a tool of Pan-Africanism- movement for bringing all African together in the continent and in diaspora. The dramatic event of Adwa is one of the building blocks for African unity. It was and still in the pride of Africa.

This dramatic event of unprecedented proportions can be used to harness African Unity beyond Ethiopia. Adwa showed that different ethnic groups can work together for a common cause. It shows that different countries in Africa can come together to defeat negative forces of globalisaton and subtle ways of re-colonising the continent.

These negative forces bedeviling the continent need to be confronted head on in the spirit of the Adwa battle with courage and determination.

The icon of Adwa should inspire Africans to harness the collective memory of this incident of 125 years ago to come together and forge a continental free trade area to reap the benefits of a large market.

It should inspire regional integration efforts such as the East African community. The victory of Adwa was the victory of Africa against negative forces. Imperialism represented oppression, exclusion, exploitation, discrimination, domination etc. Adwa symbolizes resistance against such forces. These forces must be defeated by the Africans themselves.

It does not matter whether negative forces are perpetuated by foreigners or fellow Africans. Adwa should provide Africans with a collective memory and be cerebrated annually by all Africans to keep the memory of liberation and African unity alive.

The author is a history and development studies lecturer