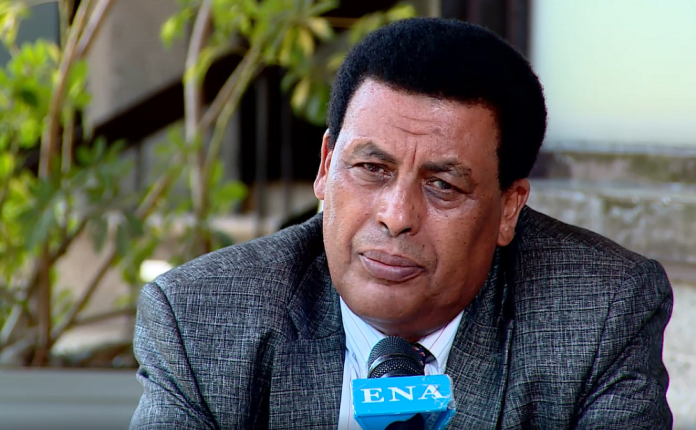 The draft bill introduced by US House of People’s Representatives Tom Malinowski and Young Kim last month proposes various forms of sanctions, including suspension of security and financial assistance to the Ethiopian government.

It would also require USA to oppose loans by international agencies such as the World Bank and International Monetary Fund to Ethiopia and Eritrea, according to the document.

In an exclusive interview with ENA, Foreign Affairs Spokesperson Dina Mufti said the Government of Ethiopia believes that this bill does not measure up to the level of the historic relationship between Ethiopia and United States.

“We don’t think it will help the relations of the two countries. We hope this bill will not go through the Congress, and will not pass. We hope friends of Ethiopia, those who care about this historic relationship between the two countries, will help this bill to die naturally. This is what we think and what we want to impress on our friends in the United States and elsewhere,” he stated.

Dina stressed that the draft bill seriously affects the livelihood and economic activities of the Ethiopian people.

However, there is a strong movement against this bill by Ethiopian diaspora, he added.

The diaspora should take a lesson from their experiences of the “NoMore Movement” which was against the pressure on Ethiopia, the spokesperson elaborated.

“We hope they will continue the same thing against the HR 6600 bill, which is not in the interest of Ethiopia and United States, and which hurts the interest of both countries and people.”

It is to be recalled that the global peaceful movement, “NoMore Movement,” has denounced the Orwellian bill “Ethiopia Stabilization, Peace and Democracy Act” (HR 6600) that calls for the imposition of harsh sanctions and violent measures against Ethiopia.

The Ethio-American Development Council, the Ethiopian American Council (EAC), the American-Ethiopia Public Affairs Committee-AEPAC, NoMore Movement and other civic organizations have been undertaking various activities against the bill.