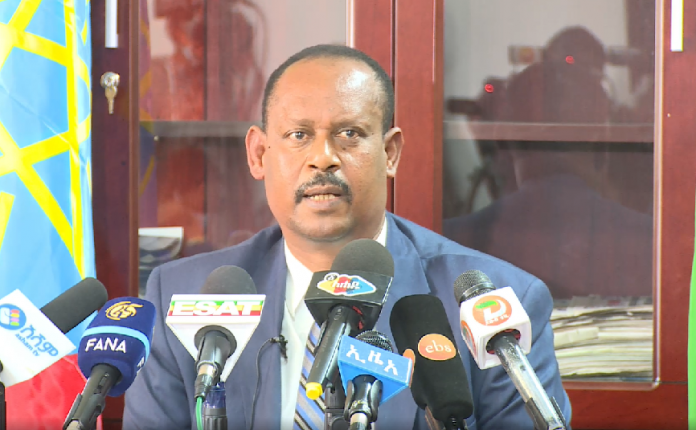 The Commissioner told ENA that humanitarian assistance has been intensified across the region to help people affected by the recently concluded law enforcement operation.

The Government of Ethiopia has full capacity to effectively deliver humanitarian aid to the people, Mitiku said.

According to him, food assistance is now being distributed in all rural kebeles, including seven zones and town administrations of the region.

Areas with security problems have also been receiving assistance supported by military escorts, he revealed.

The commissioner further stated that 88 food supply stations have been established in Tigray in a bid to easily reach beneficiaries across the region; and thus far aid has been distributed through 82 stations.

Food items are being transported to reach the remaining six stations, it was learned.

“As far as supply is concerned, we have been receiving adequate food items both from port and the central warehouse.  The supply is (therefore) adequate to address the current demand. The challenge we had been facing was related to distribution. This has also been resolved as we are now able to dispatch over 50 trucks to all of the zonal administrations every day as of last week,” Mitiku elaborated.

According to him, several activities have also been carried out in the region to bring back  development works to normalcy.

He pointed out the regional agriculture bureau has accordingly been distributing various inputs to farmers in order to commence irrigation activities in the region.

Yet, the humanitarian assistance will be intensified until the people become capable of producing food, the commissioner affirmed.

Meanwhile, National Disaster Risk Management Deputy Commissioner Damene Darota told ENA that the delivery of humanitarian assistance is being intensified in collaboration with other non-governmental and international organizations.

Currently, 200,000 quintals of food items are being transported to Mekele, regional capital of Tigray, from the port of Djibouti.

According to the deputy commissioner, some 1.3 million people in Tigray region have so far received over 220,000 quintals of food.

The number of people who need relief assistance in the entire country is about 11.8 million; out  which 1.8 million are located in Tigray region.