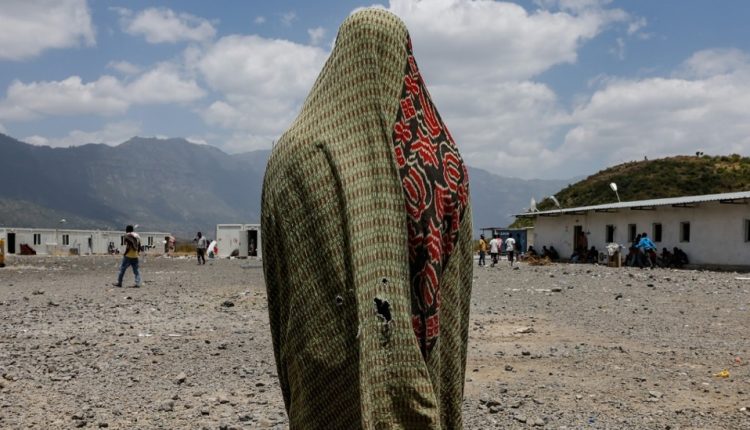 Addis Ababa, April 30, 2022 (FBC) – Professor Ann Fitz-Gerald, Director of Balsillie School of International Affairs, in her recent article indicated that Tigrayans are currently fleeing their home region for the nearby Amhara and Afar regional states, with horror stories to tell about their so-called TPLF liberators, speaks volumes about the greater truth ignored by most western media.

“While most eyes stay understandably focused on Russian aggression in Ukraine, another war goes on that Canadians, Americans and Europeans barely know about, in Ethiopia,” she said.

And what they’re told by much of the mainstream media fails to reflect reality on the ground.

The New York Times, the Guardian and CNN have often cast the Marxist Leninist Tigrayan People’s Liberation Front (TPLF) insurgency in the role of plucky “heroes” against a sinister Ethiopian state, portraying Tigrayans as a persecuted minority “blockaded” and “sieged” by federal forces.

“A bit of background is needed. Western newscasters quickly gloss over the fact that the harsh TPLF ran Ethiopia, ruthlessly, for 27 years. They usually start and end with that single concession, admitting that there were some abuses. Nor are they clear about the cause of the present conflict: a long-planned unprovoked TPLF lightening attack on the northern command of the Ethiopian federal forces which, according to interviews with commanders and officials in Ethiopia’s national defence forces, saw thousands of federal soldiers murdered.”

“Instead, mainstream news stories incorrectly and misleadingly refer to a conflict which started “when Prime Minister Abiy Ahmed deployed troops as part of a law enforcement operation against the TPLF”.  Other reports cite that the Government of Ethiopia “had been planning the war for months” – a claim which is not supported by interview data on the deployment patterns of the federal troops which led the law enforcement operation after the TPLF’s attack on the northern base.”

Thus far, the TPLF executive committee members and other senior officials based in both Washington and Geneva have been speaking for Tigrayans but hardly ever letting journalists and others speak with Tigrayans away from TPLF intelligence operatives, the Professor said.

But thousands are now fleeing to the relative safety of Amhara and Afar districts. It’s reasonable to ask: Why would they do this if the Amhara are allegedly their most dreaded enemy? It turns out that they have the most to fear from the TPLF itself. Tigrayans of various ages in the camps for Internally Displaced Persons (IDPs) in Jarra, in the Amhara regional state, and in a camp near Chifra in the Afar region agreed recently to be interviewed – interviews conducted in Ethiopia between 30 March and 8 April 2022.

While Twitter shakes with Western indignation over Tigray supposedly being starved by Ethiopia, the many Tigrayan IDPs interviewed say that only a small amount of aid sent to Tigray has ever been made available by TPLF authorities to ordinary people—going first only to those families who contributed fighters to the rebel force under a “one fighter per family” TPLF policy.

U.S. and European policy makers would do well to consult Tigrayans directly in the camps rather than rely on the TPLF leadership and their paid lobbyists in Washington and Geneva.

“Ethiopia, a federal state with a duly and democratically elected government, could build the lasting peace and prosperity that can help ensure long-term stability in the Horn of Africa.”