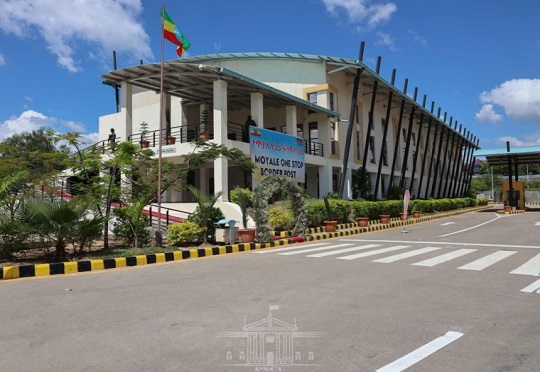 The border regulatory officials clearing traffic, cargo and persons from both Ethiopia and Kenya will now physically relocate and sit side by side on either side of the border, where they will undertake exit and entry formalities in a joint and/or sequenced manner.

The officials conducted site visits and inspection of border facilities as part of the OSBP operations commencement process, according to African Business Communities.

The move follows the official launch of Moyale OSBP in December 2020, by President Uhuru Kenyatta of Kenya and Prime Minister Abiy Ahmed of Ethiopia.

The move is a step closer to achieving the goal of exponentially boosting trade between the two neighbouring nations, as well as promoting regional and economic integration between the East African and Horn of Africa regions.

Moyale is the only gazetted border crossing point between Ethiopia and Kenya.

A fully functional OSBP is expected to reduce the border crossing time by at least 30%, to enable faster movement of cargo and people.

A baseline survey by TradeMark East Africa (TMEA) in 2017 indicates that it takes on average, 21 hrs and 52 minutes (Kenya-Ethiopia) and 12.5 hrs (Ethiopia-Kenya) for a cargo truck to cross the border.