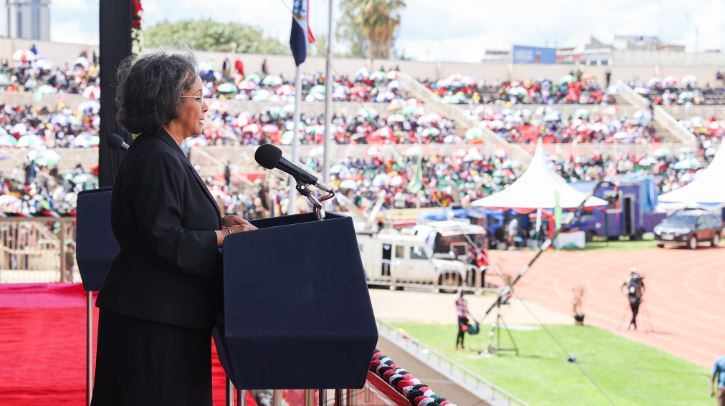 While extending her message of condolences, President Sahle-Work Zewde said Presidnet Mwai Kibaki was a true friend of Ethiopia before and after assumption of his presidency. “The Government and People of Ethiopia share deep grief of Kenyan brothers and sisters on death of the late Kibaki,” she said.

“During his tenure, Ethiopia and Kenya made tremendous strides in elevating our long standing relations enhancing longstanding ties between the two nations. This was seen through the achievements that we have jointly registered both at the national and regional levels,” President Sahle-Work underscored.

During president of Mwai Kibaki, Ethiopia and Kenya singed the special status agreement that laid the foundation of Lamu Port-South Sudan- Ethiopia Transport (LAPSET) Project as well as the Moyale One Stop Border Post.

At the regional level Kenya with our regional Organization IGAD, Kenya has been very active and host of a serious of Somali peace processes held here in Kenya in an effort to finding a lasting peace in this sisterly country.

Finally, the President expressed condolences to family, friends and Kenyans at large over the loss of the former President Mwai Kibaki.