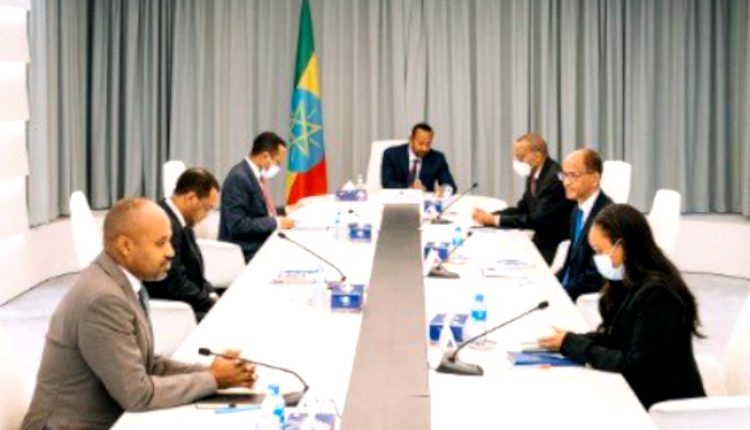 Addis Ababa, April 30, 2021 (FBC) – The National Macroeconomic Committee led by Prime Minister Abiy Ahmed has tabled first nine months report focusing on achievements and challenges of the economic sector in the light of implementation of the homegrown economic reforms.

The National Macroeconomic Committee which is coordinating the reform activities said the ongoing homegrown economic reform is playing a big role in resuscitating the economy that was faced by various challenges.

The report tabled by the Macroeconomic team says the economic growth registered before the ongoing reform did not benefit the general public and failed to proceed due to debt burdens and related problems.

Based on the homegrown economic reform, the government has managed to benefit citizens from the economic growth in fair and equitable manner, and set up effective monitoring and follow up system in line with fixing the insolvency caused by mismanagement.

Now the country is witnessing a remarkable economic revival and stagnated mega projects including the Grand Ethiopian Renaissance Dam (GERD) are well undergoing well and reaching completion, the report indicates.

The export earnings of Ethiopia has increased by 21 percent and surpassed 2 billion US Dollars and seen 17pct increase compared to the same period of the previous fiscal year, the Committee says.

The government has put in place several measures to mitigate impacts of the pandemic on the economy, and better results have been gained, it is indicated on the report.

Private companies have been given green light to import basic commodities using their own forex to control the inflation.

Several promising activities have been carried out to stimulate and tourism sector and a wide range of attraction sites development works have been undertaken, it is shown on the report.

Regarding the agricultural sector, the committee indicated that the irrigation-based lowland wheat production practice and the cluster farming drive are witnessing promising achievements in terms of import substitution and production increment.