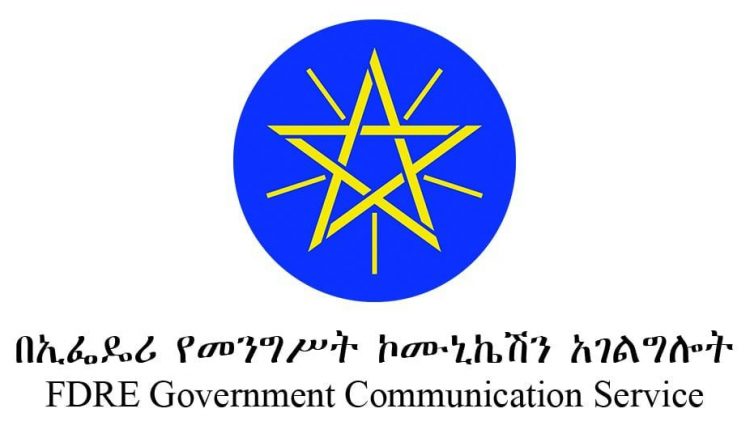 Addis Ababa, December 2, 2021 (FBC) – Government Communications Service, in a statement issued on Thursday, announced that it has become clear that international mainstream media has willfully and deliberately chosen to disinform its audiences on a continuous basis regarding current situation in Ethiopia.

The full statement by the Government Communications Service reads as follows:

Ever since conflict broke out in northern Ethiopia with the aggression of the Tigray People’s Liberation Front (TPLF), there have been repeated false allegations of a blockade on the Tigray region  by the  Federal Government Ethiopia.

Nevertheless, these reports could not be farther from the truth, as evidenced by the reality on the ground, which is readily accessible to anyone seeking to ascertain the truth.

First and foremost, aside from interruptions caused by active belligerence by the TPLF, the humanitarian corridor via ground transportation is open for delivering critical aid to the people of Tigray.

Convoys from ports in Djibouti continue to make their trek through Afar and into Tigray. Recall, the TPLF has on multiple occasions tried to interrupt this flow of humanitarian assistance by expanding the conflict to the Afar region, a point willfully ignored by the mainstream agenda-based media reports.

Moreover, the humanitarian air bridge to Mekelle via air transport is up and running after interruptions due to safety risks posed by TPLF. Currently daily flights continue to deliver critical foods and medical assistance. The TPLF continues to promote a false narrative to garner international sympathy.

The Government of Ethiopia has received credible information that CNN intends to misinform the world once again through a supposed report claiming genocide is taking place in the Tigray region.

If ever there was a nefarious weaponization and deliberate misrepresentation of the word genocide, then it would have to be the “Tigray Genocide”, a narrative so unscrupulously constructed.

The cries of genocide from the TPLF camps started to appear on social media from the outset of the conflict on November 4, 2020, the exact date of TPLF’s attack on Ethiopia’s northern Command.

While TPLF was waging what it dubbed its “lighting strike” to decapitate Ethiopia’s army, it was simultaneously accusing its sworn enemies of genocide on the people of Tigray.

The said genocide was first and foremost debunked by the UN OHCHR and EHRC joint investigation. ,. While the sad state of war implies civilian casualties, Ethiopia has taken steps to minimize this, even at the cost of losing territory to the TPLF. Furthermore, there has not been any active combat or Federal Government presence in the Tigray region since June 2021. Rather, the TPLF has sent in fighters in human waves into the Afar and Amhara regions to undertake grave crimes against civilian populations. Which begs the question, where is the said genocide against the people of Tigray taking place?   Here lies the deception of some international media that portrays the aggressor as a victim.

On September 8, 2021 CNN published an article entitled “Men are marched out of prison camps. Then corpses float down the river”, in which a gruesome portrayal of alleged execution of ethnic Tigray men in Northern Ethiopia is presented. The town was Humera and the suspected perpetrators were Ethiopia’s security services. To the average Western reader of the story, it all sounds plausible, and the premise is all too familiar. A poor African country and a regime with a natural inclination to brutalize its own people is the image that comes up instinctively. Regrettably, this level of ignorance can easily pass unnoticed in the prejudiced framework in which many in the mainstream media dwell. This is exactly the agenda setting reporting exploited by authors of the article to mislead readers. That and readers and audiences steeped in many tropes and stereotypes about Africans that makes such egregious misinformation possible in the first place.

Perhaps more intriguing is the original article published on September 5, 2021 clearly mentions “Ongoing independent investigations by international and local forensic experts found no evidence that the victims had drowned. The experts, who asked not to be identified due to security concerns, told CNN that the bodies had all been exposed  to some form of chemical agent after death, leading to a process which had effectively preserved them before entering the water”‘. For what purpose the bodies would be injected with preservatives after being killed is not elaborated further.

However, a closer look at a later version published on the 8th of September 2021, raises some serious issues of credibility. Namely, the new version of the article features a silent edit, in which CNN removed all mention of finding chemical agents, likely preservatives in the dead bodies floating down river. Why disguise such an important piece of information?

All of this lends credence to forewarning provided by many social media commentators and bloggers that had indicated the TPLF had been planning to stage an attention-grabbing news around the time of USAID’s Samantha Power’ s visit to Sudan in late July to early August of 2021.

In a seemingly coordinated propaganda ploy, mainstream media pick up the tidbits of information and run with it without confirming the sources or the evidence whatsoever. This sort of irresponsible journalism has unfortunately become the norm when it comes to reporting current events in Ethiopia and the Horn of Africa in general.

At this point it has become clear that international mainstream media has willfully and deliberately chosen to disinform its audiences on a continuous basis.

However, manufacturing consent for unconstitutional change of government has proven difficult as more and more people continue to challenge the credibility of such stories. It is unfortunate that such media outlets have not learned from the harrowing consequences of their misleading reporting in different parts of the world.

The Government of Ethiopia once again calls on all those engaged in such disinformation campaigns to refrain from these kinds of acts that are in one way or the other harming millions.