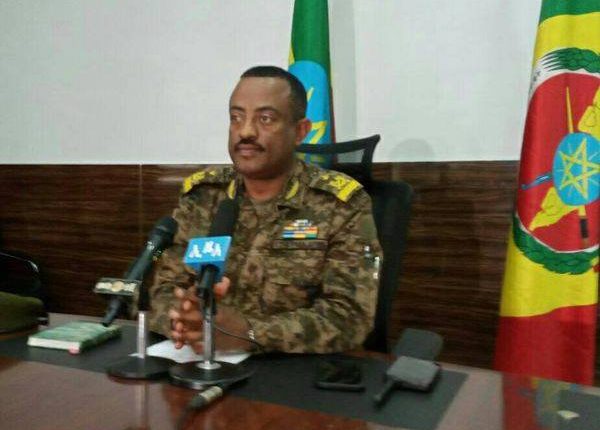 Addis Ababa, January 1, 2020 (FBC) –The Ministry of Defence has announced list of members of the TPLF group who have been destroyed in the recent law enforcement operation in Tigray.

Among those destroyed include, Colonel Yemane Gebremichael, ringleader of the massacre in Mai kadra.

Former State Minister of Transport, Mulu Gebregziabher, was captured during the joint operation carried out by the defense army and federal police.

In a press conference issued today, Brig.Gen Tesfaye Ayalew, Head of the Defense Forces Operation Department said a number of senior military leaders of the TPLF junta were captured in the operation.

Those who refused to surrender to the defence forces were destroyed, according to him.

Below is list of destroyed leaders of the TPLF junta:

Among those who have surrendered to the defence forces include former State Minister of Transport, Mulu Gebregziabher and heads of regional bureaus, according to Brig. Gen Tesfaye.

A member of the TPLF and a law lecturer at Mekelle University, Gebreamlak Yebiyo, who agitated people to create chaos and destruction, was also captured, Brig. Gen. Tesfaye indicated.

A number of militia and Special Forces of the TPLF group have also sundered to the government force, he added.

The defence army had information that the remaining TPLF military leaders hide themselves in religious initiations, monasteries and caves, Brig.Gen Tesfaye.