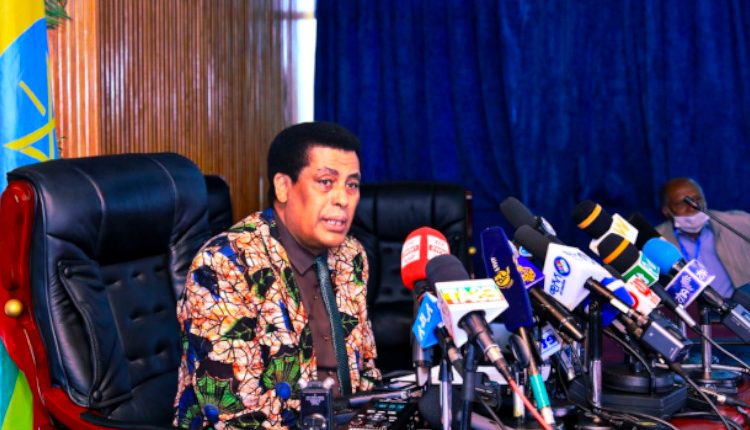 Addis Ababa, December 4, 2020 (FBC) – In his presentation, the Ambassador focused on the diplomatic activities related to the law enforcement operation in Tigray, the Grand Ethiopian Renaissance Dam (GERD), and capacity building to the Ministry’s staff and economic and citizen-centered diplomatic activities within the past two weeks.

The Ministry has been actively engaging in activities that aimed at making concerned bodies understand the ongoing government operation in Tigray through Diplomatic tours, Phone conversations, and various media engagements.

Deputy Prime Minister and Minister for Foreign Affairs, Demeke Mekonnen, has been on a diplomatic tour in Europe to discuss the situation in Tigray and the government’s law enforcement operation in the region.

Deputy Prime Minister briefed leaders of countries and representatives of international organizations on the illegal moves of the TPLF Junta Contrary to the political, economic, military and diplomatic reforms of the last two and a half years and the extensive efforts by the federal government.

The federal government was expediting its law enforcement operation with minimum causalities to civilians, he said.

Ambassador Dina Mufti said that the federal government law enforcement operation in Tigray region is over with minimum causalities to civilians.

The government is working with national and international agencies to provide humanitarian assistance to affected people, Ambassador Dina told the media.

Ministry of Foreign Affairs and Ethiopian missions all over the world have successfully completed the plan to run several joint webinar discussions on various issues related to the GERD from November 12-November 30, 2020, he added.

In collaboration with the Ethiopian Investment Commission (EIC), discussions were held with foreign investors and their representatives to address their concerns about their investment in the Tigray region. Subsequent discussions are scheduled to address protection of lives and investment interests of foreigners in the region.

According to Ambassador Dina Mufti, 325 Ethiopians have returned from Saudi Arabia, 33 of them are children.