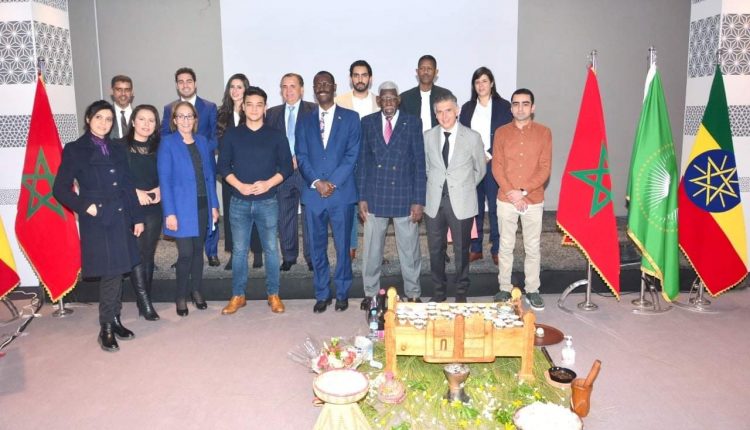 Ambassadors of different countries, coffee traders, and owners of companies engaged in different business sectors took part in the event.

In his opening speech, Ambassador Bacha Gina said as coffee is said to be originated in Ethiopia, it has a great role in impacting the social and economic activities of the country.

Ethiopia, being the largest producer of coffee in Africa and the fifth in the world, sends nearly 75% of the country’s coffee exports to European Union markets and about a quarter to East Asian, Middle East, and North American countries, he said.

He added it is now high time to bring the “taste of origin” to Morocco, the main tourist destination of Africa and a country committed to South-South cooperation.

Ambassador Bacha said as one of the top beverages consumed globally, coffee has a huge potential to connect Africans through AfCFTA and could even contribute significantly to take Africans many steps ahead in creating social and cultural interconnectedness.

Some of the participants have expressed their keen interest to import Ethiopian coffee to Morocco affirming that it has an extraordinary taste with an amazing traditional ceremony.