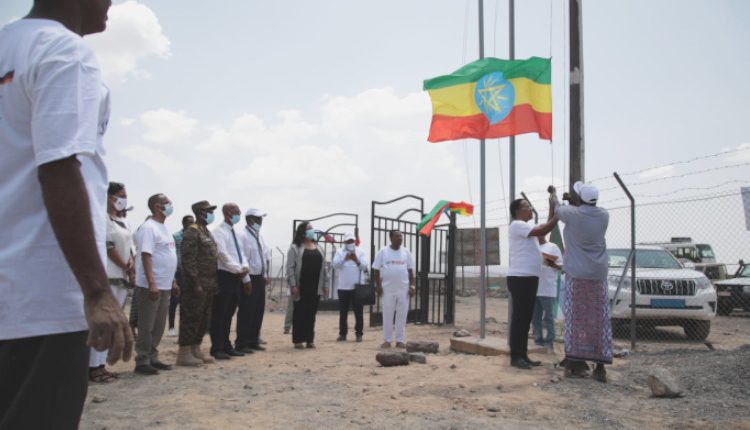 Nation inaugurates Beliho point of entry at Border of Djibouti

Addis Ababa, September 21, 2020 (FBC) – Ethiopia has inaugurated the Beliho Point of Entry, the third post in Ethio-Djibouti Corridor on Sunday in the presence of senior government officials and representatives of international development partners.

The Beliho Point of Entry has been built with support of the European Union and Germany.

The inauguration of the Beliho Point of Entry has been attended by high ranking government officials including State Minister of Ministry of Peace Frealem Shibabaw and Director of The Ethiopian Immigration Nationality and Vital Events Agency, Mujib Jemal, among others.

The Ethiopian Immigration Nationality and Vital Events Agency opened a third entry at the border of Djibouti as part of its expansion works.

Director of the Agency, Mujib Jemal said the new post that connects the Afar Regional State with Djibouti will serve to facilitate safe, orderly, and regular migration and address human trafficking and smuggling of migrants.

It also serves to ease the safe return of stranded Ethiopians due to the COVID 19 border closures, the Director added.

It is stated that Ethiopia is working to open six additional point of entries till the end of September there by increasing the number of posts to eighteen.

The EU and Germany are supporting Ethiopia in the management of regular and safe migration through the Better Migration Management Programme (BMM).

The Beliho Point of Entry, the third post in Ethio-Djibouty corridor next to Dewalle and Galafi, and Suftu Point of Entry, to be inaugurated next week have been built with aggregate outlay of 9.5 Million USD.