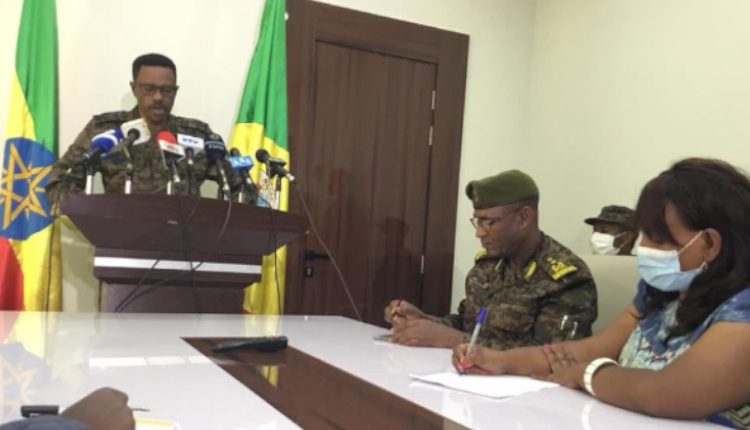 In an a statement issued today, Lieutenant General Bacha Debele said that he has physically observed preparations made by the military contingents in Northern Command of the Defence Force, and witnessed better preparations and readiness of the military.

TPLF Junta recruits in the Northern Command carried out their assignment in disorganizing the military from inside, attacking the troops in the military and requesting for negotiation as a means to distract the federal government from its operation, he said.

The TPLF Junta snatched the Radio Communication of the Northern Command with help of a Radio communication head in Addis Ababa, and disconnected communications with in the defense forces, it is indicated.

The TPLF rebel group also looted monthly salary of the troops and the ration of the military forces, and kidnapped military officers, Lt Gen Bacha explained.

Currently, the Northern Command of the Defence Forces is being commanded by the Deputy Chief of the Army, Lieutenant General Abebaw Tadesse, according to the statement.