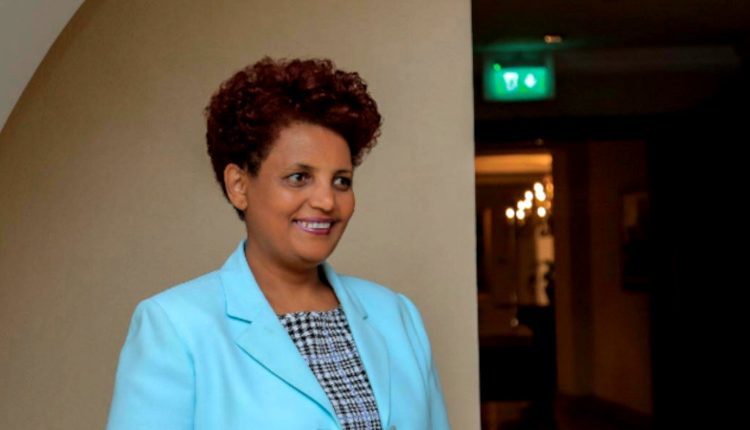 Addis Ababa, May 10, 2021 (FBC) – Chairperson of National Electoral Board of Ethiopia, Birtukan Mideksa issued response to letter by United States Senators to the Special Envoy to the Horn of Africa Ambassador Jeffery Feltman. The letter reads as follows:

Dear Senators Cardin, Kaine, Rosen, Booker and Markey,you have conveyed a letter to Special Envoy to the Horn of Africa Ambassador Jeffrey Feltman that raised several issues to his attention.

The letter calls into question the freedom, fairness, and transparency of the forthcoming 6th general Elections in Ethiopia and suggests that reforms are necessary prior to the election.

This letter aims to provide additional context in order to assist yourselves and Ambassador Feltman in forming a more complete picture of the process currently underway.

Let me first express my appreciation to the United States for its close attention and support to the democratic reforms underway in Ethiopia. In recent years the United States Agency for international Development (USAID) supported activities related to electoral legal reform, training of poll workers, and institution building.

The support received from the United States continues to be instrumental to the National Election Board of Ethiopia (NEBE) in its efforts to bring electoral policies and procedures in line with international standards, and to further establish itself as a professional, accountable and transparent electoral administration.

On a personal note, experienced firsthand the commitment of the United States to supporting human rights and genuine democracy in Ethiopia during my many years as a political party leader who was imprisoned twice, and also as a first woman leader of an of opposition political party in Ethiopia.

During subsequent years in exile in the United States, the support of the United States enabled me to continue advocating for the full realization of civil and political rights for all Ethiopians.

Given the strong support and commitment demonstrated by United States to human rights and democracy in Ethiopia, was taken aback by the forceful statements in the aforementioned letter.

In response, wish to bring your attention to the following considerations:

Expectations must be calibrated in view of the broader environment. As an independent organization, NEBE is striving to implement the forthcoming elections ad in a manner that is consistent with both the Ethiopian legal framework and international standards.

Shortfalls are inevitable given factors such as population size, development deficits at all levels, a nascent democratic culture and an increasingly charged political and security environment.

Measures are in place to minimize the effect of these factors on the ability of voters to cast their ballot, and to ensure dispute resolution mechanisms are in place at all levels. Nonetheless, expectations of all electoral stakeholders must be calibrated in consideration of the challenges faced.

These domestic observation organizations are expected to deploy more than 100,000 citizens to observe polling and other electoral activities.

Several measures were introduced to meet international standards. Measures thus far include the integration of electoral stakeholders’ feedback in electoral directives; procurement of new materials such as ballot boxes, screens, seals, and indelible ink; secure design and printing of ballots; and procedures and training that incorporate checks throughout the process. These measures and others are expected to significantly enhance the integrity of the election in comparison with past elections in Ethiopia.

The administration of the 6 General Election is the most transparent in Ethiopia’s history.

Upwards of 50 consultative events with a variety of electoral stakeholders have taken place since late 2019, in addition to regular communications through NEBE’s Facebook, Twitter, Telegram and YouTube channels.

Intensive consultations are designed to ensure that electoral stakeholders understand the challenges associated with the electoral process and have the opportunity to propose mitigating measures. NEBE welcomes both domestic observers and international observation missions including the Internationa Election Observation Mission in Ethiopia, jointly organized by International Republican Institute and the National Democratic institute. Such missions are critical to enhancing the transparency of the process.

Reforms in an election year carry significant technical, financial, political and security risks. A publicly available assessment by NEBE regarding the feasibility of reforms suggests that significant changes at this stage in the electoral cycle could further imperil the overall integrity, credibility, inclusivity and timeliness of the electoral process.

Proposals for reform should be mindful of factors such a timeliness, cost, complexity, and transparency. For this reason, significant reforms at this stage in the electoral cycle are discouraged. Instead, NEBE encourages all electoral stakeholders to adhere to the applicable codes of conduct and to follow the correct channels to resolve complaints.

I hope the United States will continue to closely monitor and support Ethiopia’s democratic reforms, including the continued efforts of NEBE to enhance the inclusivity, transparency and fairness of the electoral process, a necessary step of Ethiopia on its path to democratization.

I look forward to engaging with Ambassador Feltman on these issues during his forthcoming travel to the region.