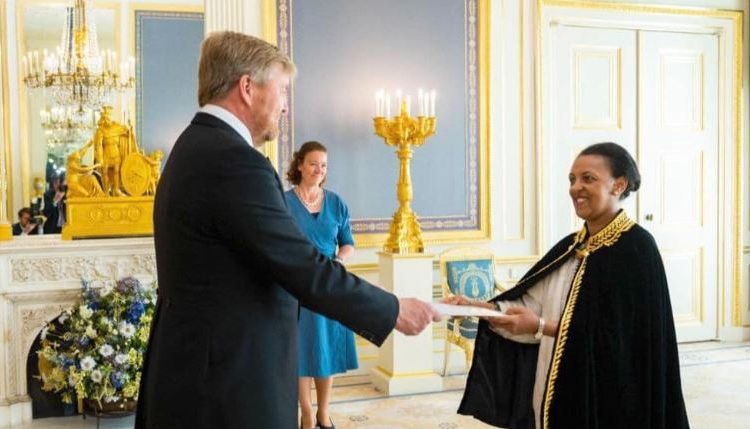 Addis Ababa, May 26, 2022 (FBC) – Ambassador Plenipotentiary and Extraordinary of Ethiopia to the Benelux countries and the EU institutions, Hirut Zemene yesterday presented her letter of credence to King Willem-Alexander of the Kingdom of the Netherlands.

On the occasion, Ambassador Hirut had the opportunity to update His Majesty about the current situation in Ethiopia. The King has expressed commitment to the prosperity, peace, and stability of Ethiopia. The Ambassador has conveyed greetings from President Sahle-Work Zewde to the King of the Netherlands.

Ambassador Hirut expressed her commitment to further strengthen the existing bilateral cooperation between the two friendly countries to its next heights.