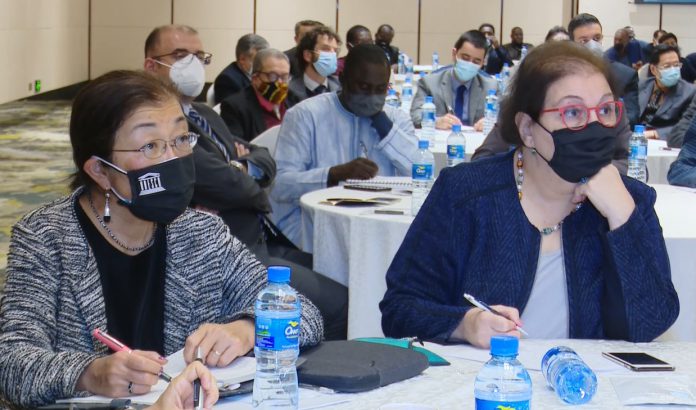 The opposition parties block, EPPJC, organized today a forum for the international community residing in Addis Ababa to make its position on the situation unfolding in the country clear.

During the occasion, Ethiopian Political Parties Joint Council Chairperson, Rahel Bafe said with respect to defending the sovereignty and territorial integrity of Ethiopia, “we want to use this opportunity to make clear that the opposition political parties fully stand with the Ethiopian Government.”

Expecting a stand other than this would only be a good demonstration and lack of clear understanding of how Ethiopia is made and how it resisted the numerous attempts to do so in the past and how it survived through millennia, she added.

According to her, while the joint council appreciates the genuine efforts made to enable Ethiopia overcome its problem and focus on its development agendas, any attempt to negatively intervene in the internal affairs of Ethiopia is totally unacceptable.

Any attempt to create a fragile and loose Ethiopia and consequently disintegrate it will not be tolerated by the Ethiopian People, she warned.

Rahel underlined that meddling in the internal affairs of Ethiopia “was not accepted yesterday by our forefathers and is unacceptable and intolerable today.”

The chairperson extended sincere appreciation to the diplomatic community for the unceasing support and cooperation in the wellbeing of humanity.

She further pointed out that the Ethiopian government announced a unilateral ceasefire on June 28, 2021. However, the ceasefire does not happen due to TPLF’s action to spread the conflict even further.

In this regard, the international community must open-up with no time because it is unfair to act after hundreds and thousands of innocent people are attacked and bombed, the chairperson underlined.

“We the Ethiopia political parties pursue no different stand than that of the entire population of our country and stand united to withstand the challenge our country is currently faced with.”

In relation to defending the sovereignty and territorial integrity of Ethiopia, Rahel said “we want to use this opportunity to make clear that the opposition political parties fully stand with the government.”

Shedding light on the cause of the war, Rahel stated that in the first week of November 2020, a federal army base in Tigray region was attacked by the TPLF. “Is there any nation that would not react to an attack on the federal army base?”

But almost all the Western press and officials started blaming the Ethiopian government, ENA quoted the chairperson as saying.

“It is not only blame shifting, but also becoming apparent that some look at it not from the perspective of our people who are suffering from the unfolding events but from their national interests and geopolitical aspects of it, which is absolutely inhumane.”