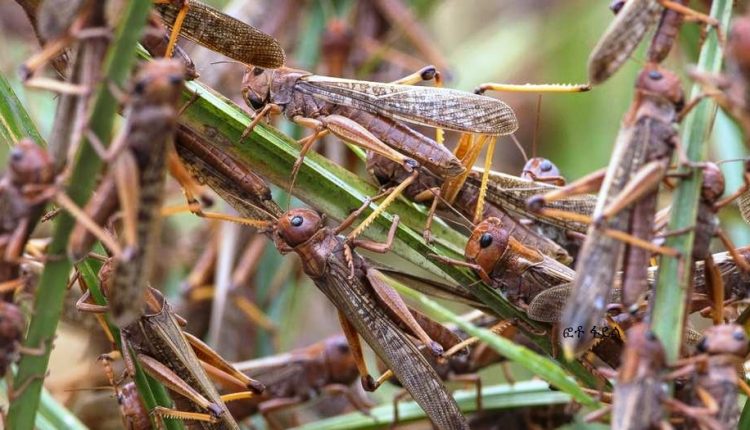 Addis Ababa, April 25, 2020 (FBC) –Activities have been commenced to mitigate the threat that desert locusts have posed to autumn crop production in Oromia and Amhara as the outbreak spreads across the regions.

Head of Oromia Agriculture Bureau, Daba Debele, said both scientific and traditional control measures have been taken in low land areas of Bale and Borena zones to combat the swarms before it affects the autumn agricultural practices in the region.

Head of Amhara Agriculture Bureau, Dr. Meles Mekonnen, said desert locusts have invaded over 33, 742 hectare of land in 38 woredas of the regional state.

The swarms have already occurred in south and north Wollo as well as north Gondar zones, Dr. Meles said.

According the regional state has prioritized control measures in areas affected by the swarms.

The heads called up on the community to take active part in the fight against the swarms besides protecting the corona virus pandemic which is now the major threat to the nation.