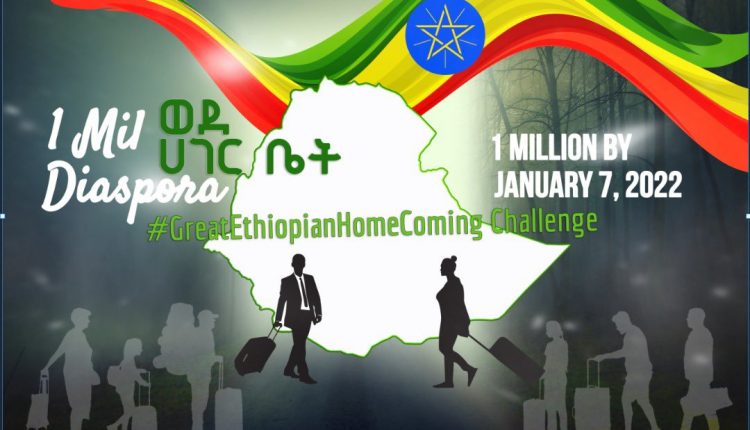 The Prime Minister has officially called on Ethiopians and friends of Ethiopians all over the world to join the #GreatEthiopianHomeComing challenge.

The Press Secretariat of the Office of Prime Minister Billene Seyoum on Tuesday announced that 1 Million Ethiopians are expected to come home by January 7, 2022.