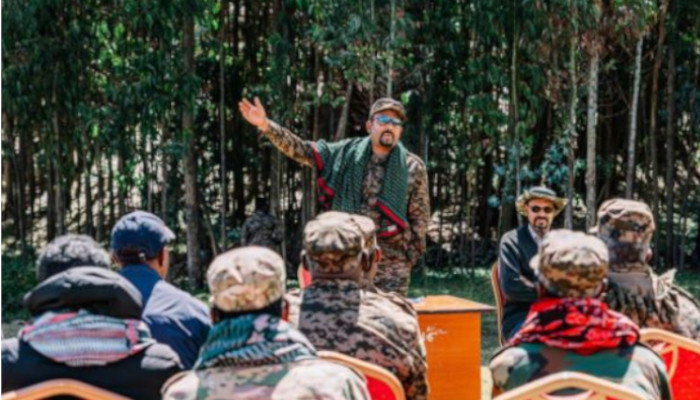 Premier delivered the call following the discussion he conducted with top military officers on military operation plan of one of the fronts ahead.

“The war is over”, said the Premier, calling those fighting alongside the terrorist TPLF particularly the youth to surrender to the national army immediately.

He further urged mothers of the Tigray region to ask about their children who have been brought to the war by the terrorist group.

Ethiopia is fighting with any enemy that is looting, killing, raping and vandalizing, the Premier underscored, pledging to wipe out the terrorist Group forces victoriously soon.

“The terrorist TPLF has been completely defeated, and it is a matter of short time to conclude the struggle successfully” he noted.

“The army has registered remarkable victory in the Eastern Command with in an operation conducted within one and a half days, and we will repeat it in the Gashena front and proceed with other offensives to complete the struggle soon,” he added.