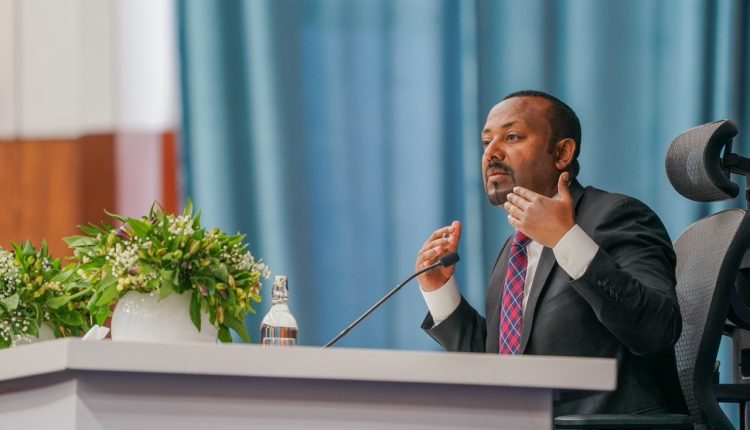 Addis Ababa, January 24, 2023 (FBC) – The Federal Democratic Republic of Ethiopia Prime Minister, Abiy Ahmed, met with university lecturers from all universities throughout the country in a discussion on the role of scholars and academicians in national development.

Recall that many consultative forums were held in different parts of the country with the theme of “Role of Scholars in Nation State Building”.

ENA reports that Prime Minister Abiy Ahmed is discussing today with the academics and scholars. The meeting is being held under the theme of “The Role of Scholars in the Prosperity of the Nation”.

According to the Office of the Prime Minister, participants posed various questions related to academic life as well as national development, peace and security issues.

In the extensive discussion, the Premier highlighted the importance of academics and scholars doing the necessary for the nation in order to build the country all aspire for.

He also cautioned to temper expectations against various socio-economic challenges the country is confronted and rather play a stronger role in posing sound solutions. He set a direction for follow-up by relevant authorities with regards to critical issues raised by participants.

Following his discussion with the lecturers, Prime Minister Abiy said “The role of scholars in cultivating the next generation is critical to the nation. I urge all university scholars in doing their part in this regard. Applying intellectualism to produce substantial solutions to national challenges is expected of our scholars.”