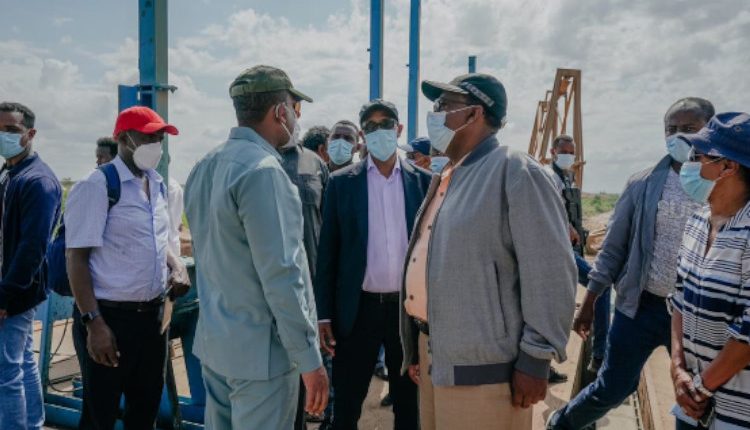 The premier stated that 2,000 hectares of lowland wheat has been cultivated as part of the prioritized lowland agricultural practices underway in the country.

In addition to the wheat cultivation, vegetables, fruits, and oil seeds are also widely grown.

The premier has also paid a visit to desert locust affected area in Awbarie Worede in the region.

He has been informed there that the desert locust swarms have totally damaged crops at 20,000 ha of land in the Woreda.

“The swarm is now under control through chemical sprays administered with aircraft. On the other hand, we also saw wheat and other crops being grown on 100,000 hectares of land in the same Aw Barre woreda.”

The premier added “Although progress of 30 quintals per hectare is a good start, it is necessary to increase the productivity in the future.”

It is to be recalled that Prime Mininister Abiy Ahmed, while addressing the 6th year 1st regular session of the House Peoples Representatives, said the country has given due attention for irrigation development to ensure food security and transform livelihoods of farmers of the country.