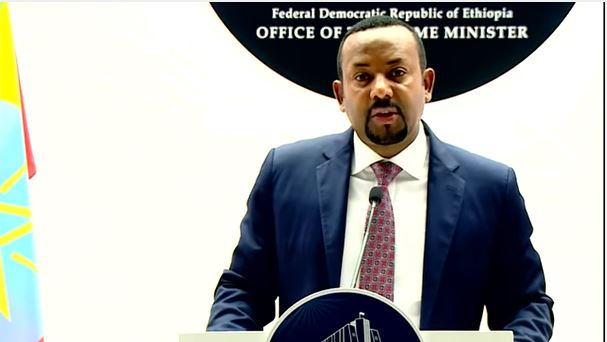 Seventy-Five years ago, the founders of the United Nations drew a vision to save succeeding generations from the curse of war and to enable better standards of living. With such a grand vision, the UN not only managed to avert another tragic world war, but now delivers much needed support to humanity.

We owe gratitude to the brave men and women working in various capacities within the UN system – advancing peace, contributing to the resolution of conflicts, and delivering much needed lifesaving assistance.

We are not, of course, oblivious to the many challenges and shortcomings of the UN, which will continue to elicit discussion and debate among policy makers, scholars and the wider public. In the face of new and unprecedented challenges, the UN is indeed under enormous pressure to deliver better. This is why it needs to evolve and adapt with the new global realities to make itself fit for purpose.

The year 2015 was indeed an important year for the UN with the landmark adoption of concurrent resolutions by the Security Council and the General Assembly, which restored a great sense of hope and optimism for multilateralism.

However, these achievements are now under serious threat of reversal over rising geo-political tensions. At a time when the world needs global leadership and collective action to tackle complex challenges, the ongoing standoff in the Security Council is undermining the UN and the organ’s credibility.

Such an impasse further supports the need for the Security Council to be reformed and adapt to current global realities. Together with this, we believe the historic injustice against Africa must also be redressed through adequate representation.

Progress towards the SDGs has also been slowed by COVID19, which has overwhelmed health systems across the world and challenged the global economy. The burden on African countries as a result is undeniable.

That is why Africa needs a stimulus package either in the form of capital mobilization, debt relief or restructuring, or support for social sectors. It is in light of this that we have been encouraging G20 countries to provide an effective economic stimulus package.

No country, big or small, is capable of addressing such kinds of global challenges alone, which certainly require global solutions. Hence, the need for us all to reaffirm faith in multilateralism and the principles and purposes of the UN Charter.

Ethiopia, as a founding member of the UN, remains an ardent supporter of the principle of collective security as enshrined in the UN Charter. We are immensely proud of our longstanding and significant contribution to UN Peacekeeping Operations since the early days of the organization.

Ethiopia is also fully committed to the UN’s transformative agenda of ensuring sustainable development for all in a safe and secure planet. We have also been responding to the call for climate action through our Green Legacy Initiative, which is part of our efforts to build a green and climate resilient economy.

Over the past two years, we have also been exerting every possible effort to open up the political space and promote the exercise of democratic freedoms and human rights. We have no illusion that this would be a smooth ride and there have been stiff challenges along the way. Rest assured that we remain committed to the objective of democratization, and we will pursue our reform efforts with all the necessary political commitment to achieve a successful transition and hold peaceful and credible elections.

Finally, Mr. President, I wish to express hope that this occasion will serve to galvanize our collective efforts to take up the most important challenge of our time – that is creating peaceful, equitable and sustainable societies in a stable global order. Ethiopia remains committed to the ideals of the UN.