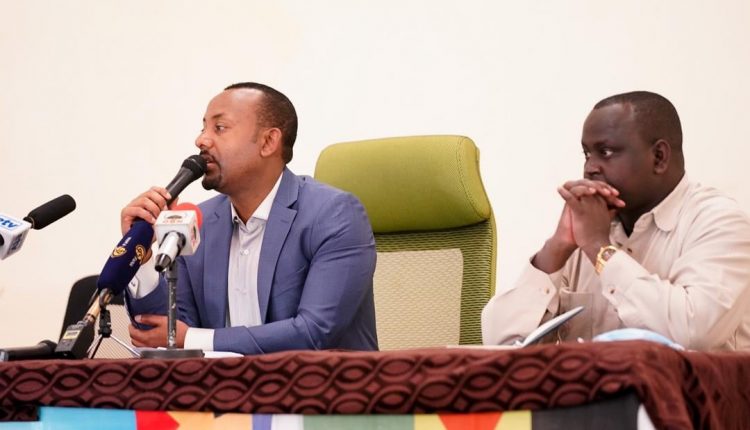 The meeting was attended by Chief Administrator of the state, Ashadli Hassen, Minister of Peace, Muferihat Kamil, National Defense Force Chief of Staff, General Berhanu Jula and other government officials.

The discussion mainly focused on ways to stop the recurring peace and security problems in the areas and find lasting solution.

Speaking on the occasion, the Prime Minister indicated that unity is the only option for Ethiopians to maintain peace and preserve unity of the country.

Government’s efforts to swiftly halt the problem in the region are hampered by the presence of many actors, he said, adding attention will be paid to restore peace.

He called for the ongion law enforcement operation in the zone to be conducted impartially and also urged leadership at all levels to discharge their responsibilities to return peacefully those forces that went to the bush after taking mission from the TPLF junta.

He further urged the regional state to organize unemployed youth and engage them in various sectors by taking advantage of the natural resource available in the region.

He finally called on traditional elders, religious leaders, youth and women’s associations to maximize their efforts besides government’s ongoing measures to bring lasting peace in the region.

Participants of the discussion for their part blamed irresponsible social media use and TPLF’s 27-years of conspiracy politics for the lack of sustainable peace in the region.