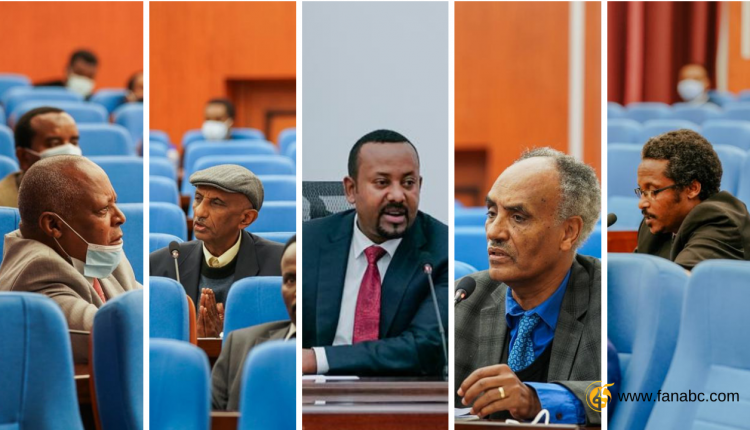 The Premier and the Parties have agreed to continue discussion on various national issues in platforms that will bring political parties together, with an upcoming dialogue platform on ‘National Consensus.’

Agreement was reached to ensure that the upcoming discussions on national consensus will be based on presentation of study papers, reflecting international best practices and national historical perspectives.

Political parties expressed their support for the progress being made related to the Grand Ethiopian Renaissance Dam and admonished internal forces colluding with external elements to sabotage efforts being undertaken.

Leaders of political parties also expressed support for the government’s measures undertaken and efforts to mitigate the spread the coronavirus pandemic.

They also extended support for the supremacy of maintaining rule of law and indicated the need to check with in government structures for extremists and remnants of the previous order that are working against the reforms.

Parties stressed the need to ensure the rule of law and take measures to redress the past unjust practices within law enforcement and judicial processes and institutional setups.

In his responses, Prime Minister Abiy Ahmed expressed the importance of peaceful engagement, the value of open idea sharing and showing respect to one another in the political discourse.

“Peaceful engagement, open and respectful discussions amongst political leaders are essential for our country to move forward on a stable and progressive path to prosperity.” the Prime Minister noted.

We will continue to strengthen institutional building efforts, while internally clearing the government structure of those sabotaging reforms.

Abiy said the government is committed to upholding the rule of law, without discriminating between government bodies, ruling party leaders or members of political parties and hold accountable all that transgress the laws of the land.

“Strength rests in ideas and not as how of muscles”, he emphasized.

Regarding recent arrests, he emphasized that government and ruling party leadership and members are also being apprehended for the role they played or failed to play in recent incidents, and therefore the measures should not be viewed in simplistic terms as targeting competing parties.

Concerning the issue of unconstitutional regional elections, Prime Minister Abiy shared that the Federal government has no desire to take armed measures against belligerent regional governments.

“Although there are clear provocations with the expectation for Federal government to respond forcefully, there are constitutional processes and institutions that govern the country and such will prevail.”, the Premier underscored.