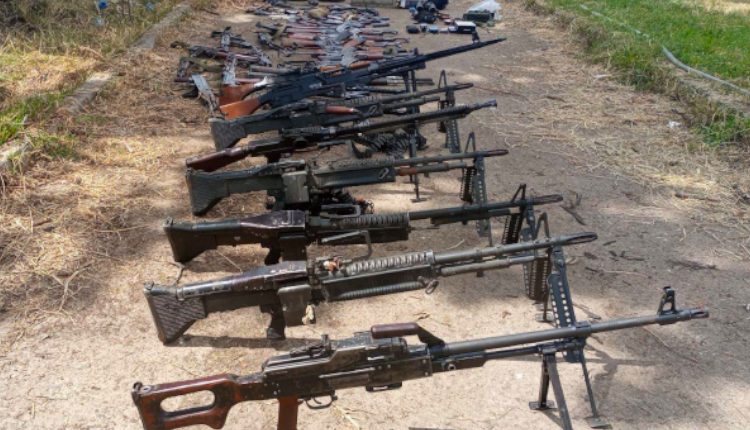 Addis Ababa, November 30, 2020 (FBC) – Federal Police has announced seizure of illegal weapons in raid conducted at homes of military officers who have been arrested over suspected terror plot.

The Federal Police stated that it has seized a large number of illegal weapons in a raid it has been conducting since the TPLF Junta has committed the atrocity against the Northern Command of the National Defence Force on November 4, 2020.

In a raid it conducted with The Defence Ministry, the Federal Police also captured guns that are not allowed to be possessed privately that might have caused a wide range of devastation if not seized.

Police also seized military binoculars, GPS, Satellite Phones, grenades, Kalashnikovs, Brens and military uniforms replaced by the new ones at homes of military officers who have been arrested over suspected terror plot in the country.

The weapons are to be used by recruits of the TPF Junta members of the Oromo Liberation Front (OLF) Shene Group for terrorism in various part of the country including the capital Addis Ababa.

Federal Police indicated that the weapons seized were transferred from arsenals to private holders by top military officers who were at various posts in Ministry of Defence Force.