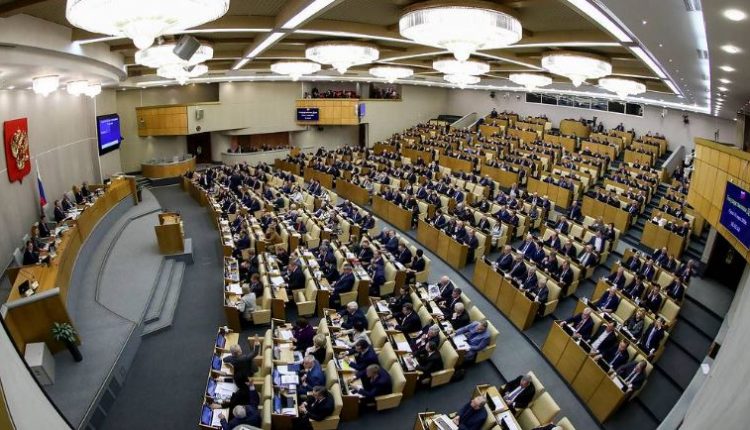 Political parties of Russia call for full, immediate ending of economic and financial blockade against Cuba

Addis Ababa, November 14, 2022 (FBC) – Parliamentary groups of political parties of Russia represented in the State Duma of the Federal Assembly of the Russian Federation, addressed the participants of the 77th Session of the United Nations General Assembly, the parliaments of UN member states and international parliamentary organizations with a call for a full and immediate ending of the economic, commercial and financial blockade against the Republic of Cuba.

Factions of the All-Russian political party “UNITED RUSSIA”, Communist Party of the Russian Federation, A Just Russia – Patriots for Truth, Liberal-Democratic Political Party of Russia and New People”  reiterated unwavering position set forth in the statements and addresses of the State Duma of the Federal Assembly of the Russian Federation in connection with the United States sanctions policy against Cuba.

They expressed protest against the intensified attempts by Washington to pursue a hegemonic line of pressure and blackmail of the Cuban authorities and people. This policy is inherently inhumane and is carried out in violation of the fundamental principles of international law enshrined in UN documents.

“The prolonged economic, trade and financial embargo of the Republic of Cuba by the United States of America has a negative impact on the country’s economy and social sphere, worsening the financial situation of millions of Cubans, preventing the sustainable supply of food, fuel, medicines, damaging people’s health and well-being.”

“A situation is being artificially created that poses the threat of a large-scale humanitarian crisis. At the moment, because of the illegal actions of the United States the socio-economic and humanitarian situation in the Republic of Cuba is difficult. It is aggravated by the consequences of COVID-19 pandemic and devastating effects of Hurricane Ian, which led to significant disruptions in sustainable functioning of social, industrial, agricultural and energy infrastructure.”

“In the face of years of blockade, the Cuban people remain determined to defend their national sovereignty and social gains. This makes unilateral U.S. sanctions futile. Sanctions have proven ineffective in many other regions of the world. They only increase human suffering and hinder the realization of sustainable global development goals.”

“The sanctions imposed by the United States of America on the Republic of Cuba are extraterritorial in nature and are the main obstacle to the development of equal and partnership relations with Havana on the part of a number of States and international organizations. This also applies to important areas such as energy, health, environment and humanitarian cooperation.”

The parties further called on the General Assembly of the United Nations, parliaments of UN member states and international parliamentary organizations to condemn the illegal economic, trade and financial blockade of the Republic of Cuba by the United States, to develop and implement concrete measures in order to encourage Washington to follow international law and put an end to the long-standing blockade of Cuba.