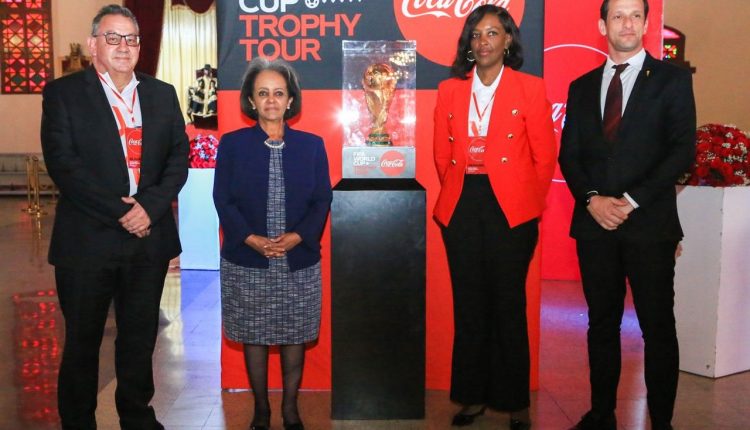 Ethiopia has been the first destination of nine African countries which are included in the tour. In total 51 countries will be visited.

The World Cup Trophy was presented to President Sahle-Work Zewde at the Palace soon after its arrival. “Football can be a very strong tool in bringing people together, to work for the same goal, to abide by the rules of the game and show respect to one another, to learn to share space. It has a strong unifying power.” the President said.

She added “Since the trophy can only be touched by few people, among them Heads of States, I feel privileged to be given the opportunity on behalf of all Ethiopians before it is displayed at our iconic Meskel Square. I have a special thought for those who will not be able to see it.”

The trophy which weights 6.1kg is made of 18 carats gold.