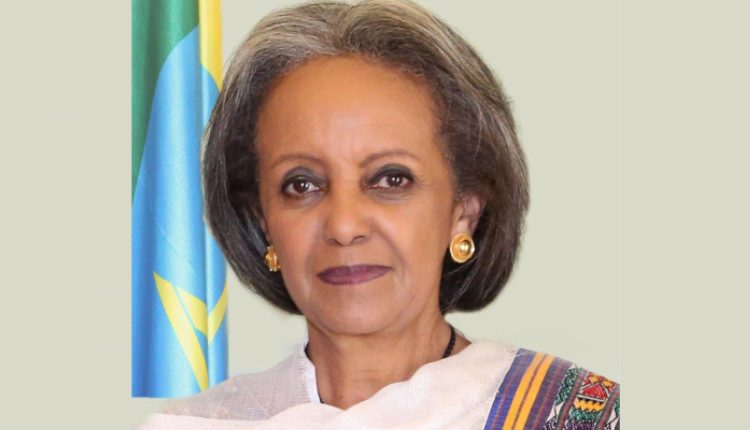 Addis Ababa, November 24, 2021 (FBC) – President Sahle-Work Zewde has refuted the article in the French magazine Jeune Afrique with an English translation in ‘The Africa Report’ in which she is the subject.

“I have never met the author. I do not consider the appearance of the article at this point in time as a coincidence. I realize that there is an attempt to contrive differences between the Ethiopian leadership.”

It should also be known that in seeking settlements, one size does not fit all, the President underscored, saying “It is up to us as Ethiopians to find the way to resolve the conflict in our country.” Ethiopia needs the contribution of all her children to overcome the current crisis, she underlined.

Prime Minister Abiy Ahmed has issued directives as leader of the Government, Ethiopians engaged in putting our knowledge and skills to bear to follow the path that has been set, she indicated. “Seeking a peaceful settlement is key to the resolution of conflicts.” The President said.

“Conversely, the resort to military means, however undesirable, can also be imposed on us as has been the case. Without going into detail, it should be recalled that the Government had set out the conditions before talks. This is in the context of the search for peace and is not new to us.”

“It has been said that I do not pronounce myself on the issues enough. I have, however, spoken out on a number of occasions. Let me recall that in opening the current session of both Houses of our legislature,” She said that ‘if our hands bleed from thorns, it means that the rose is near.’

“We are bleeding now. Let us make sure the rose is indeed not far. We are making progress.” President Sahle-Work added.