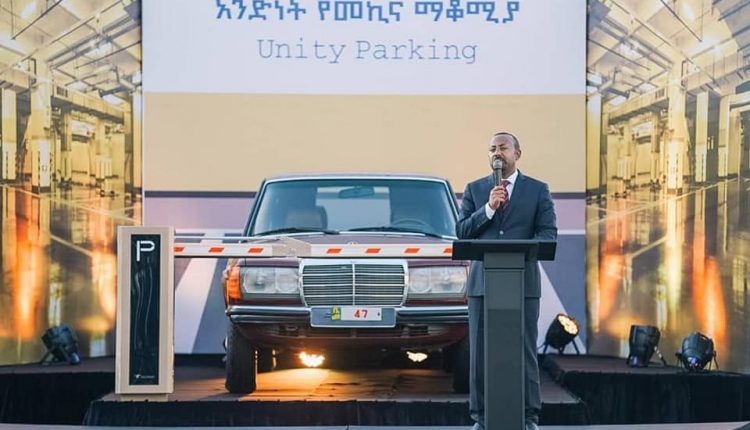 It is stated that the Unity Parking project, built by the Addis Ababa city administration at a cost of more than 1.7 billion birr, is situated on an area of ​​9,000 square meters.

The project said to be able to accommodate more than 1,200 vehicles at a time, including buses, on the first floor and four consecutive underground floors.

It is also suggested that the project includes an amphitheater, traditional restaurants, shops and other attractions.

Furthermore, the building is connected to the Unity Park through an 8-meter long underground tunnel, which will make the park an international tourist destination.

It is said that the Unity Parking lot, which was officially opened for service today, is designed to provide multi-purpose services and to be passed on to future generations without losing its historical feature.

It is indicated that the parking building will serve as the hub of the visitor ring for the National Palace, Science Museum, Friendship Square Phase II and II, and other such human-oriented development destinations from Mesqel Square to Abrehot Grand Library.