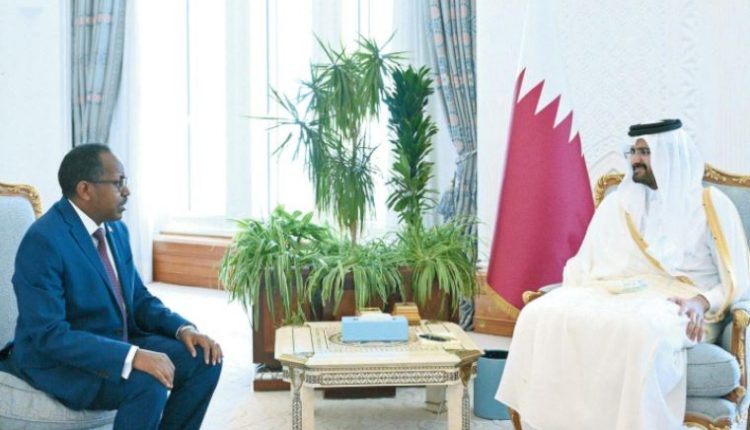 Qatar pledges to scale up bilateral relations with Ethiopia

Addis Ababa, May 20, 2022 (FBC) – Ambassador Extraordinary and Plenipotentiary of the Federal Democratic Republic of Ethiopia to the State of Qatar, Feysel Aliye, has presented his letters of credentials to His Highness Sheikh Abdullah Bin Hamad Al Thani, Deputy Amir of the State of Qatar.

During the occasion, Ambassador Feysel conveyed the goodwill wishes of President Sahle-Work Zewde to the Deputy Amir of the State of Qatar.

He further expressed the government and people of Ethiopia’s gratitude for the multifaceted development support Qatar has been extending to Ethiopia.

Ambassador Feysel Aliye also reaffirmed his commitment to strengthening the diplomatic and people-to-people relationship between the two countries during his stay in Qatar.

His Highness Sheikh Abdullah Bin Hamad Al Thani, on his part, reaffirmed Qatar’s determination to scale up bilateral relations with Ethiopia and pledged to extend all necessary support to the Ethiopian Ambassador.

His Highness Sheikh Abdullah Bin Hamad Al Thani finally extended his warm wishes to the well-being of President Sahle-Work Zewde and Peace and prosperity to the people of Ethiopia.