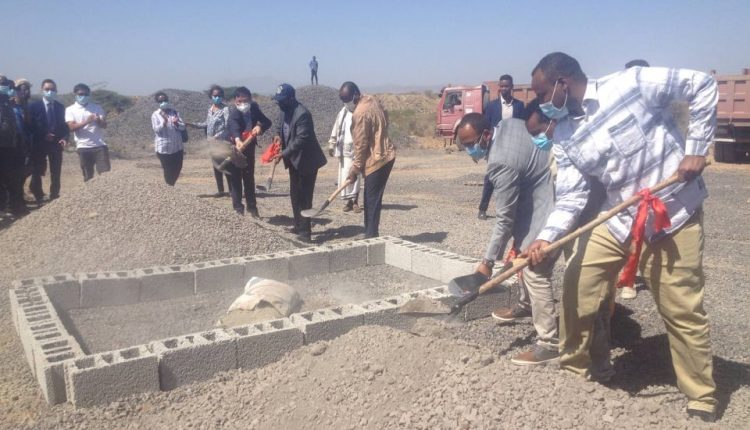 Addis Ababa, January 31, 2021 (FBC) – A cornerstone has been laid for the construction of a rail project connecting Awash-Wolidia-Kombolcha-Haragebya railway with the Addis Ababa-Djibouti line.

The project also include the construction of a line connecting the Awash depot with the main railway line, unloading facility and Awash-2 railway station, it was noted at a ground breaking ceremony.

The project will be built in the Afar regional state at Awash Sebat with a total cost of close to $55 million to be covered by the Government of Ethiopia.

The project is expected to take one year for completion.

It is to be recalled that the Ethiopian Railways Corporation and CCECC signed early this month a memorandum of understanding (MoU) for the design and construction of the project.

During the signing ceremony, it was noted that the project will reduce traffic congestion along the Ethio-Djibouti road by creating an additional option to Ethiopia to use rail transport besides trucks to carry fuel from the port of Djibouti.

Ethiopia uses port of Djibouti as a gateway for its 95% of fuel import. The project will also help the country to smoothly transport fuel from Awash depot to the central parts of the country.