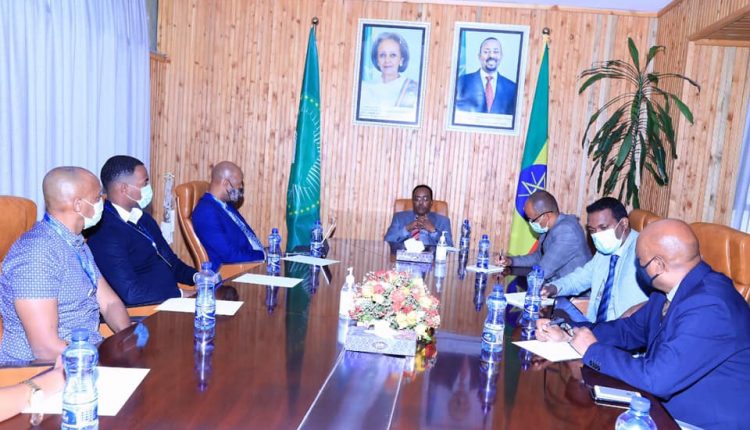 Ambassador Redwan appreciated the Defend Ethiopia Taskforce for mobilizing Ethiopians in the Diaspora to guard Ethiopia’s interests and voice concerns against the propagation of malicious information on the media and undue external pressures on Ethiopia.

The formation of the Government Communication Service coupled with new arrangements in the Ethiopian Diaspora Agency would help the Task Force to get timely information on national issues, he said.

Addressing the Task Force on the release of the country’s high-profile political figures, Ambassador Redwan said the individuals were released upon the request of the public prosecutor of the Ministry of Justice for a withdrawal of charges.

He said the release of the individuals would furnish a fertile ground to having a dynamic National Dialogue and reach a lasting peace by addressing significant issues in the country.

Ambassador Redwan also spoke on the government’s decision to halt its military advance into the Tigray region.
He said the decision denied the TPLF’s intent to implicate the government for abuses and justify external intervention under various pretexts.

Members of the Defend Ethiopia Task Force, on their part, commended the ambassador for addressing their concerns while pledging to continue their activities in mobilizing Ethiopians in the Diaspora in support of Ethiopia.

Following their visits to Chifra and Mile in the Afar region, members of the Task Force pledged to rebuild a health center destroyed by the TPLF, including support to members of the Ethiopian military.

Defend Ethiopia Taskforce is a vibrant and active group established to voice Ethiopia’s concerns in solidarity with the multifaceted interests of the country, with a presence in 12 European countries, according to the Ministry of Foreign Affairs.