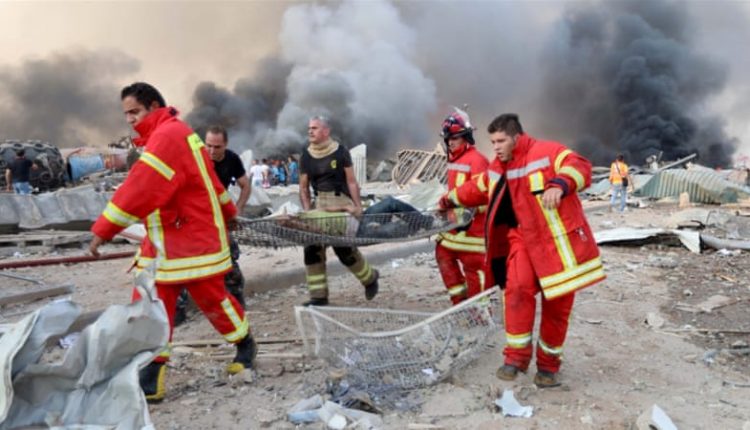 Addis Ababa, August 5, 2020 (FBC) -Rescue workers in Lebanon are searching for more than a hundred people who are missing after a huge explosion devastated the port are of the capital Beirut on Tuesday.

The blast killed at least 100 people and injured more than 4,000 others.

The whole city was shaken by the explosion and a mushroom cloud could be seen spreading over the port area.

President Michel Aoun said the blast was caused by 2,750 tonnes of ammonium nitrate stored unsafely in a warehouse.

Ammonium nitrate is used as a fertiliser in agriculture and as an explosive.

He scheduled an urgent cabinet meeting for Wednesday, and said a two-week state of emergency should be declared.

The country will observe an official period of mourning for three days from Wednesday, according to BBC.