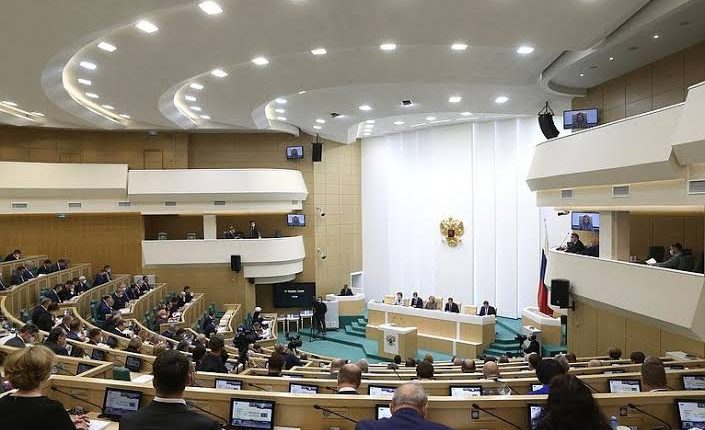 Addis Ababa, October 10, 2021 (FBC) – The Federation Council of the Federal Assembly of the Russian Federation issued a statement on the need to combine international community’s efforts against terrorism. The statement reads as follows.

Today, terrorist attacks are increasingly committed using information and communication technology, and cyberspace has become a platform for attacks on infrastructure and public governance systems or for terrorist propaganda.

The Federation Council of the Federal Assembly of the Russian Federation hereby proclaims that the terrorist threat can be countered by way of combining the efforts of states on the basis of strict observance of the regulations and principles of international law with the central coordinating role of the UN and its Security Council as a body entrusted with the main responsibility for maintaining international peace and security. In his remarks following the terrorist attacks in the United States on September 11, 2001, President of Russia Vladimir Putin noted that what happened “once again emphasises the relevance of Russia’s proposal to combine the efforts of the international community in fighting terrorism, which is the plague of the 21st century.” As you may be aware, after the terrorist attack on the World Trade Centre in New York, our country was the first to offer the United States cooperation in fighting terrorism.

Importantly, the formation of a united anti-terrorist front was thwarted primarily due to the unilateral actions of the Western states, which, instead of fighting terrorism, supported anti-government forces in a number of countries in the Middle East, Africa, and Latin America.

Disregard of international law and gross interference on the part of the United States and its allies in the internal affairs of sovereign states have led to a surge in terrorism around the world. The unilateral actions by the United States and its allies turned out to be a disaster for Afghanistan. After almost 20 years of military presence in Afghanistan, the United States was unable to resolve a single problem faced by the country that came under its control, but the number of civilian casualties during hostilities in Afghanistan exceeded the number of victims of terrorism, and the volume of heroin production increased multiple times over.

A dangerous trend has taken shape recently to use force and terrorist methods against sovereign states. With the support of the collective West, the aggressive policy has led to actual attempts by the Ukrainian authorities to commit or encourage acts of sabotage in Russia, including in the Republic of Crimea and a number of other constituent entities of the Russian Federation and to organise an energy and water blockade of the Crimean Peninsula. Instead of strictly complying with the Minsk agreements, Ukraine has chosen the language of brute force as the main tool in a “dialogue” with the residents of Donbass.

The Federation Council of the Federal Assembly of the Russian Federation hereby notes that the policy pursued by Western countries is destructive and the countries should base their actions on international law if they want their fight against terrorism to be effective. The situation in Syria several years ago is a case in point. Thanks to the support that the Russian Federation provided to that country, in accordance with existing international obligations, most of Syria’s territory was liberated from terrorists.

The Federation Council of the Federal Assembly of the Russian Federation calls for continued discussion on ways to counter terrorism during the World Conference on Intercultural and Interfaith Dialogue, which will take place in St Petersburg on May 16-18, 2022, stating that the dialogue of cultures and religions is a crucial means for preventing conflicts and stopping the spread of terrorist ideas, primarily among young people.